Why a New Homes Ombudsman is now essential

The idea for a New Homes Ombudsman is not new. I have been campaigning for nearly two years, see this blog, my website forum, the “Unhappy New Home Buyers” Facebook Group and lobbying on Twitter. More recently I attended the APPG Inquiry into the “Quality of New Build Housing in England” and proposed the introduction of a fully independent New Homes Ombudsman as one of a series of measures that would force house builders to improve both quality of the homes they build and the service they give their customers after they discover the inevitable defects and problems.

My proposal for a New Homes Ombudsman was met with widespread acceptance at the APPG Inquiry (2nd meeting) and during the question and answer session;  Lord Richard Best said “I chair the property ombudsman which looks after estate agents and things like that and it works well, so at some stage I’d like to explore the Ombudsman concept as a way of trying to handle some of these disputes…..”

END_OF_DOCUMENT_TOKEN_TO_BE_REPLACED

Comments Off on Why a New Homes Ombudsman is now essential

At last! Peter Redfern admits quality is being compromised in the rush to build new homes

Taylor Wimpey CEO Peter Redfern has said that the Government’s target to build a million homes by 2020 is unachievable and quality will be compromised if the industry does try to meet it. Well if anyone should know about compromising the quality of new homes it’s Redfern! Taylor Wimpey has a terrible reputation for building poor quality homes and when their customers complain, an equally poor record and attitude to fixing these defects. This, despite the claims made on Taylor Wimpey’s website including: “The standard of home building in the UK has never been higher than it is today.”   ” it’s like buying a brand new car and driving it out of the showroom” Only with a new car it is unlikely to have as many problems as a new Taylor Wimpey home!

The company’s unhappy buyers regularly lambast the builder on social media with the twitter feed #thinkwimpeythinktwice. On 5th December 2015,  BBC South today recently featured the story of Evelyn Lallo who has been living in temporary home since June 2015, whilst Taylor Wimpey sorts out serious defects.

END_OF_DOCUMENT_TOKEN_TO_BE_REPLACED

Comments Off on Quality compromised in rush to build new homes

An end to Landbanking? Councils demand the power to tax housebuilders who sit on land and block housebuilding

The Local Government Association said councils should have the power to charge big companies that sit on sites with planning approval for new homes.

The Local Government Association says Councils should be given the power to tax developers for each home yet to be completed to unlock around 475,000 units which are yet to be started. The proposal is that full council tax should apply to housebuilders sitting on development sites where new homes have been given the green light from the date planning permission expires. That would mean Britain’s large housebuilders would need to complete their sites or pay council tax on every unfinished new home within three years after gaining planning permission.

END_OF_DOCUMENT_TOKEN_TO_BE_REPLACED 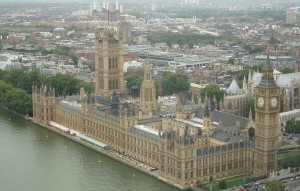 The majority of those that made submissions to this APPG inquiry into the “Quality of New Build Housing in England” were from either commercial organisations or institutions with a vested interest in or close affiliation to the house building industry. Their presentations would appear to be focused away from the actual problem – housebuilders’ poor workmanship standards and inadequate levels of customer care – with their emphasis on their own operations and/or sustainability and energy conservation. However, the committee were given presentations by what the APPG Secretariat (CIC) deemed “concerned citizens” four in the second session and one in the last session.

END_OF_DOCUMENT_TOKEN_TO_BE_REPLACED

Comments Off on APPG Inquiry Into Quality Of New Homes