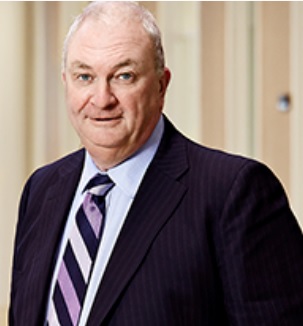 True to form the Home Builder’s Federation [HBF] the industry’s PR and lobby group, conducts a perfect whitewash on the facts as their executive chairman Stewart Baseley trots out a well-used, well-rehearsed HBF rhetoric. The two main points the industry is keen to focus on at the moment:
“promoting awareness of increases in output and rebut negative claims on build quality” are well covered. Mission accomplished! Move along there is nothing to see. Money well-spent? The HBF was funded mostly by its house builder members to the tune of £3,037,449 in the year to 31 December 2015.

“No problem – some cases”
Fact: As Stewart Baseley knows, the NHBC paid out £90million in warranty claims for remedial works to fix serious defects in 11,000 new homes (an average of £8,181 each) in the 12 months to 31 March 2016. That equates nearly 9% of the 124,720 new homes built in the same period. In the previous year, the NHBC spent £86million on remedial works including £23million on foundations and £32million on superstructures to 11,000 new homes.

END_OF_DOCUMENT_TOKEN_TO_BE_REPLACED

Fitting carbon monoxide alarms in new homes should be mandatory

The fitting of carbon monoxide alarms in new homes should be a mandatory requirement of the Building Regulations in England and Wales.  It may come as a surprise to learn that every year over 4,000 people are admitted to hospital with carbon monoxide poisoning that could lead to brain damage and strokes – with 40 fatalities recorded in England and Wales. One in nine British homes have boilers classified as unsafe.

You can’t see it, you can’t smell it. Carbon Monoxide – the new home defect that kills!

In Scotland and Northern Ireland, the equivalent to the building regulations, requires a BS EN 50291 kite-marked carbon monoxide alarm to be fitted when any new or replacement fuel appliance is installed (except cookers). This covers any fuel burning appliance, including those that burn gas, oil, coal and wood. The alarms must be fitted in any room with the appliance or if it is an enclosed boiler, just outside the enclosure and any room that has a flue running through it. Alarms can be mains or battery powered but if the alarm is battery powered then the battery should last for the life of the alarm.

No requirement in England and Wales:
But the Building Regulations for England and Wales, Approved Document J, only require carbon monoxide alarms to be fitted when any new or replacement solid-fuel appliance is installed. Examples of solid fuel burning appliances being wood burners, open fires etc. There is also additional legislation requiring a carbon monoxide alarms to be fitted in all rented residential accommodation with gas appliances, but not in owner-occupied homes.

END_OF_DOCUMENT_TOKEN_TO_BE_REPLACED

“We were promised a White Paper, but we have been presented with a white flag – feeble beyond belief”.. said John Healey shadow minister of state for housing. Others commented it was a “predictably damp squib” and a “missed opportunity.” Even Redrow said it was “disappointing” with chief executive John Tutte saying the housing white paper was very light on details and he was surprised it was “more of a consultative document.”  This is hardly surprising as the stench of the Home Builders Federation (HBF) was all over this housing white paper, an example being the caving into pressure from the likes John Tutte regarding newts “delaying” new home building.

Britain needed ‘Donald Trump’ style action and got a Donald Duck builders’ puppet. “Hard-hitting” proposals were watered down to Westminster’s famous thin gruel, generally becoming ideas for consultation, subjects for further discussion and situations to monitor. This 104 page housing white paper is little more than a plan for more talking and a missed opportunity for decisive, positive action.

On Tuesday DCLG secretary Sajid Javid declared that Britain’s housing market was indeed broken. With the average home costing eight-times average earnings and a total of 2.2 million working households with below-average incomes, spending a third or more of their disposable income on housing, it’s hard to disagree! Mr Javid claimed his housing white paper will provide “radical lasting reform” to fix it.

END_OF_DOCUMENT_TOKEN_TO_BE_REPLACED

Comments Off on NHBC hand millions in cash-backs to housebuilders