You would think that the Conservative led Coalition Government, the ‘house builders friend’, has already done enough for the house building industry during this parliament. 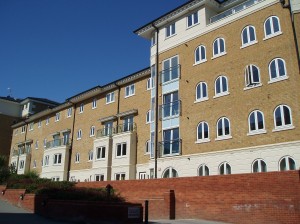 It began with schemes such as NewBuy, FirstBuy and HomeBuy being introduced to boost the new homes market. Currently the £3.5bn state subsidy for the house building industry, the ‘Help To Buy’ scheme, is enabling house builders to achieve record profits by selling overpriced new homes to buyers who cannot afford them without ‘help’ from the government, chipping in 20% of the purchase price.

In addition, ‘Funding for Lending’ is giving lenders access to cheap money, resulting in over 10,000 different mortgages for home buyers to choose from – up 33% on a year ago. With ‘Help to Buy’ (2) the state-backed £130bn mortgage indemnity for lenders due in January 2014, borrowers and house builders have never had it so good. 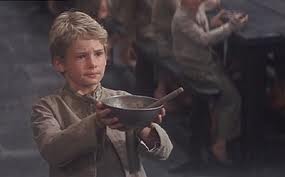 When will greedy house builders stop asking for more help?

There have even been calls for the relaxation of various planning rules including the requirement to include a percentage of social or ‘affordable’ homes on each development. David Cameron claimed a year ago that developers were being “held back” by the “many obligations” placed on them to build affordable housing. He said “under the government’s plans, if developers can prove these requirements make a site not commercially viable, the conditions will be removed”.

The National Planning Policy Framework has introduced a “positive approach” that reflects the “presumption in favour of sustainable development, working proactively with applicants jointly to find solutions which mean that proposals can be approved wherever possible.” Planning applications that accord with the policies of the Local and neighbourhood plans will be “approved without delay.”

It has never been easier for house builders to obtain planning permission.

But all of this is not enough for Tony Pidgley, chairman of Berkeley Group. He is blaming the planning system for his industry’s abject failure to increase the number of new homes currently being built in the UK. This despite the fact that 83% of major housing applications are approved. The figure would be even higher if developers submitted better schemes that paid more attention to local planning guidance and constraints.

Pidgley claims: “Planning remains complex and obtaining planning consents involves consulting widely with multiple stakeholders. This causes delays to planning decisions and an inconsistency of approach at a local level, despite the National Planning Policy Framework and the presumption in favour of sustainable development. This remains a hurdle to the industry being able to increase substantially the supply of new homes.” 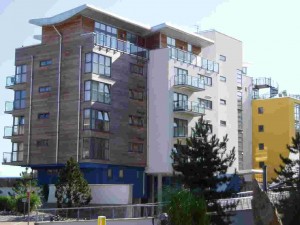 His company Berkeley, has a landbank of around 25,700 plots, around seven-years’ supply at the current build rate. In his company’s a trading statement covering May to August, the builder confirmed it had added a 10 acre site in White City and a site in Battersea to its landbank and confirmed plans to acquire further sites in Hornsey and Southall. The majority of the homes the company builds are high value apartments in London, which are unlikely to help solve the national housing shortage. Berkeley’s average selling price is £354,000, the highest of any listed house builder and nearly twice the average of rivals Persimmon and Taylor Wimpey.

Planning rules and restrictions prevent a developer free for all, stopping them from doing what is the most profitable and forcing house builders to adapt their applications that often result in a reduction of their profits. Most planning rules are fully justified, well intended and for the protection of local communities

Housebuilders continue to hoard their planning approved landbanks, building just enough to force prices higher with corresponding rises in profits and share prices. The Local Government Association released figures that show over 400,000 prospective homes that have planning permission have yet to be started. It says these “conclusively prove” the planning system is not holding back the construction of new homes. It also confirmed developers put in 5% fewer planning applications last year and were taking longer to complete work on site, with the longest taking nine years from permission to the homes being built.

It could be said that house builders are hoarding plots to limit availability to maintain prices. The 14 largest house builders have a combined landbank of 342,850 plots. Considering they built just 60,294 new homes between them in 2012/13 they have nearly six-years’ supply of plots with planning approval. There are calls for new rules to force builders to develop sites earlier, by either losing the permission or being forced to sell the land.