Britain’s housing boom is well underway thanks to the generosity of the British taxpayer! Not only is the Help-To-Buy scheme enabling house builders to help themselves to record profits, the Funding for Lending scheme is already cutting mortgage costs and increasing availability. 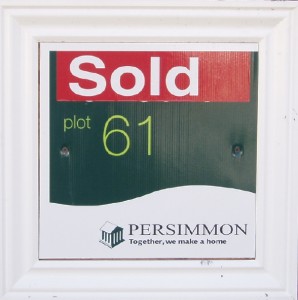 When you also consider Mark Carney’s recent ‘forward guidance’ statement regarding the intention to keep interest rates at the present record low levels until 2016, the UK housing market could be about to experience a house price boom ‘perfect storm’ – followed by a disastrous bust.

Historically, house prices are already high with price-to-earnings ratios close to levels that preceded the sub prime crash in the US. Recently, credit reference agency Fitch joined the increasing numbers of financial observers expressing concern. The International Monetary Fund, former BoE governor Mervyn King, his deputy Paul Tucker, Graeme Leach Chief Economist at the Institute of Directors and even the government’s own Business Secretary, Vince Cable said that he believes the ‘Help-to-Buy’ scheme could inflate the housing market and is worried the scheme “might backfire”.

Recently released official data shows house prices have risen 3.1% in the year to June, a rise on the 2.9% increase in the year to May; reflecting strong growth in house prices in England and Wales although prices in Northern Ireland and Scotland had fallen. According to the Halifax, one of the UK’s biggest mortgage lenders, house prices are rising at their fastest annual rate for nearly three years. Halifax says the average UK home now costs £167,984.

So surely when house prices are already rising and mortgage approvals are increasing month on month there is no need at all for Help-to-Buy (2) -the taxpayer backed mortgage indemnity scheme which will become available from 1st January 2014.

If mortgages are underwritten by the state, it has the potential to encourage reckless lending, which will drive up prices even further. By artificially inflating the housing market, the government is producing a national feel good factor, which is closely linked to positive moves in the polls, just in time for the 2015 election! Pushing up house prices and nationalising the lender’s risk for politically motivated reasons will saddle the nation with an extra £130bn of unnecessary and preventable debt.

I would have to agree.