Pete Redfern, Taylor Wimpey’s CEO, went on the offensive on Monday in a blog

on the company’s website regarding Ed Miliband’s announcement during the Labour Party conference last week, that if elected, he will introduce a “use it or lose it” policy on land banks with planning approval, if house builders fail to build on them.

Redfern joined the growing list of builder CEO’s to bemoan the planning system saying: “the greatest challenge for our industry is getting sites through our slow and complex planning system, and then getting them started as quickly as possible” 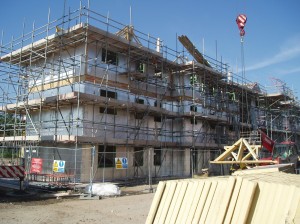 He denied that house builders were sitting on land with planning permission in order to benefit from increases in land value and house prices, claiming: “if we could be criticised for anything, it is rushing the final stages too quickly to get a new site open – born out of frustration with a planning process which has often taken many months longer than expected”

Redfern was particularly critical of planning conditions, which he said: “can be as many as 100 but the average is around 25. They can vary from obtaining a ‘newt licence’ to approval for a road access layout.”

“on paper, we hold around six years’ supply of land “with planning”. However, that includes land with only outline planning (about 18 months’ worth); land where we are still working through the conditions (about another year); land where we are building preliminary infrastructure (about six months); and about three years of actual, usable supply” – this equates to around 30,000 homes Taylor Wimpey can build, right now. It is surprising that Redfern then claims in his blog that “The truth is the majority of housebuilders’ land banks are actually under active development.” 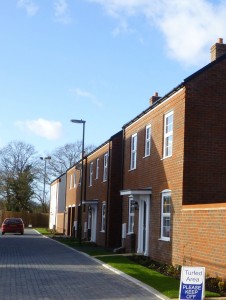 In 2012, 109,730 new homes came from private enterprise (the house builders) out of a total 143,580 new homes built. This would also indicate that housebuilders are currently building just a third of their “ready to go” land bank each year.

Figures released by The Local Government Association show over 400,000 prospective homes with planning permission have yet to be started, saying it “conclusively proves” the planning system is not holding back the construction of new homes saying developers are taking longer to complete work on site, with the longest taking nine years from permission to the homes being built. Redfern argues: “they miss this point – many of those plots are working their way through the complex process of ticking off these planning conditions.” We estimate that around 100,000 of the 400,000 plots across the UK” have a planning “permission that cannot yet be implemented” due to outstanding planning conditions.

Commenting against Ed Miliband’s “use it or lose it” policy if house builders do not build on land with planning permission he asks “What would happen if any government were to introduce the sort of taxation and compulsory purchase process touted last week?” He claimed it would just be “another cost” would “reduce investment” and that a fine or tax system to “attempt to force accelerated build on large sites” would be “catastrophic……….as builders balanced taxation with reduced prices as local prices would be hammered as volume flooded the market”

This statement demonstrates the sentiment of house builders, indicating as it does, they limit the supply of new homes from their land bank to sustain prices. Redfern claims that many of the sites in his land bank are “only borderline viable” yet the company recently reported profit before tax up 42% on last year at £109 million and a group operational profit margin of 13% – hardly borderline viable!

Presumably Ed Miliband was not talking about accelerating the build rates on developments that have already started; his focus is on virgin land with planning approval, that is not being built on by house builders for purely economic and commercially orientated reasons.

“Threatening developers with a ‘use it or lose it’ ultimatum” may not be the answer to solve the national housing shortage, but neither is giving in to house builder’s by further relaxation of the planning system. It may be frustrating for house builders (as it is for the rest of us!) to have stringent rules that appear to give more protection to the homes of bats, newts, water voles, badgers or toads than it does for those that have to live in the badly-designed homes that are eventually approved, but we cannot afford to trust an industry that has given us the smallest new homes in Europe on cramped over developed sites, with no front gardens and little privacy.

This entry was posted in New Homes, Taylor Wimpey. Bookmark the permalink.