Who is the government  kidding?

On 21 September 2015, the then housing minister Brandon Lewis, stated on behalf of the government on BBC that it intends to build “a million new homes by 2020”. ie by the end of this parliament. A million new homes in a shade less than 5 years, around 200,000 a year. Big statement, big promise. Everyone will remember George Osborne’s “we are the builders” being seen wherever he could, wearing a hard hat and a hi-vis jacket.  So how is this going?

Even the DCLG Communities Secretary Sajid Javid admitted that more needs to be done:

“We’ve got the country building again with more new homes started and built than this time last year. This is real progress but there is much more to do. That’s why we are going further and increasing our investment in house building to ensure many more people can benefit.”

But homes being started isn’t the same as homes being completed. The “started” quarterly figures will always be higher as builders seek to protect planning permissions etc. as is demonstrated by the recently released figures from the DCLG which stated 144,280 new homes were ‘started’ in the year to 30 June 2016. 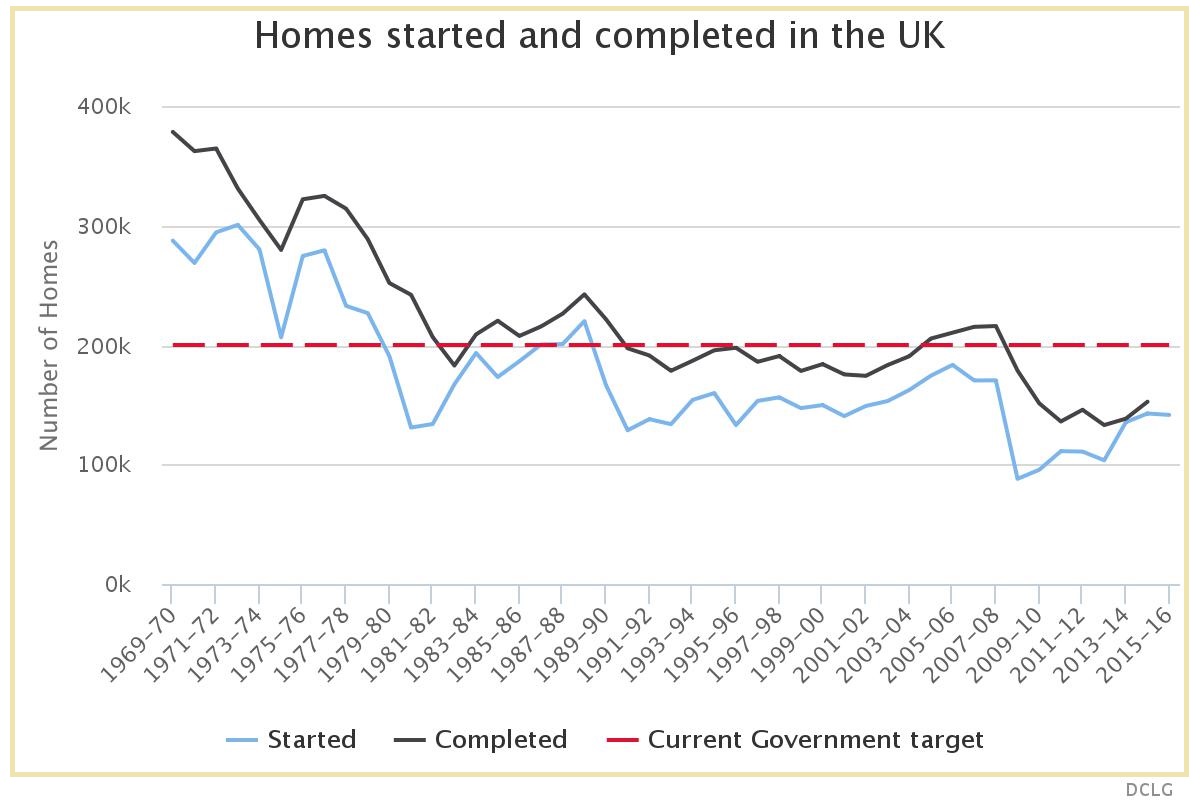 These latest figures only serve to demonstrate the industry’s continuing failure to deliver the homes that British people need. Current figures are way short of the  200,000 a year target and as long as housebuilders are allowed to hoard land in  landbanks and build at a rate that maximises profits, Britain’s housing crisis will continue. The plc housebuilders will never build enough new homes. Unless the government wakes up and begins a major council house building programme with new homes built by building contractors rather than relying on the plc housebuilders to build sufficient ‘un-affordable’ housing.