Home » BBC Radio 4 ‘You and Yours’ – What needs to be done to protect consumers in the housing industry?

BBC Radio 4 ‘You and Yours’ – What needs to be done to protect consumers in the housing industry?

Posted on 26/05/2016 by New Home Expert | Comments Off on BBC Radio 4 ‘You and Yours’ – What needs to be done to protect consumers in the housing industry?

Earlier today, BBC Radio 4 You and Yours interviewed Oliver Colvile MP, chairman of the All Party Parliamentary Group Inquiry into the Quality of New Build Housing in England, looking into measures that would improve the quality of new-builds and how to give greater protection to new homebuyers. 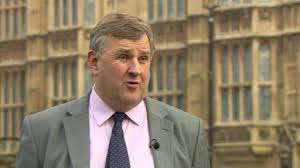 “I am afraid I’ve had an awful lot of constituents who have come to see me and talk to me about how they don’t feel they have got the product which they thought they had actually bought.”

“The consumer wants to see, they want to actually see something that is going to deliver a quick and easy resolution as far as their contractual decisions have been made. After all, when we go and buy a new home it normally is the most expensive thing biggest investment which we make in the whole of our lives, for them [HBF] to be complacent I have to say, to say its 85% [satisfied with their homes] well what about the 15% then who have actually had a fairly a bad deal out of it. The other thing as well is that I don’t think the house builders generally understand that they’re dealings with the person who is buying it [the new home] isn’t necessarily always particularly brilliant. The consumer feels that actually somewhat concerned that they are actually banging their head against a brick wall, by trying to get the builders to take some notice of all of this.”

“I think the first thing we need to make sure is going to happen is that we should initiate steps to set up a New Homes Ombudsman. That is someone who is independent, of both the developer and consumer, to look at the issues surrounding these new-build houses and to make sure there is a judgement made on that as to whether or not the developer has actually done the job properly.”

“I also want to make sure that you know the Government looks at consumer rights and why is it that housing and development is not covered necessarily in that consumer rights when people are purchasing their new home; so after all when you go an buy a new toaster and it goes wrong, you can go back and you can make sure that the shop who sell it to you either replace it or give you back your money, especially after a certain amount of time. Why is it the case that it is so difficult if there is a problem with something which is really an expensive commodity if you end up by then going back you then have real difficulty in actually getting any kind of recompense on this.”

“She would then be able to go to one individual person to actually get them to give some ruling about how it is the developer has operated and that doesn’t happen at the moment. I think also the other thing as well which she could do is she should have the opportunity to have an inspection done on the property before she actually buys it.”

But will the recommendations happen? Will they [the industry] accept an Ombudsman?  In response Oliver Colvile MP said: