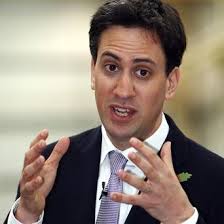 In a speech to the party’s national policy forum, Mr Miliband is set to confirm that increasing the number of new homes built each year will be a key priority for an incoming Labour government. He will confirm measures to force house builders to stop hoarding land with his “use it or lose it” proposal.

Other options also being considered include giving councils the power to fine companies that own large areas of undeveloped land or to require them to pay council tax or a special “land tax” on the undeveloped land in question. As a last resort house builders who refuse to build could find themselves facing a compulsory purchase order.

Mr Miliband will say: “We have to be willing to confront some of the obstacles to house-building. Across our country there are firms sitting on land waiting for it to accumulate in value and not building on it – landowners with planning permission who simply do not build. We have to change that… permission to build should mean landowners build.”

Mr Miliband recognises that the profits of the biggest four developers by volume – Barratt, Berkeley, Persimmon and Taylor Wimpey – have risen by 557% since the coalition took office. The number of homes completed by these firms increased by just 4,067 in 2012, and the number of affordable homes built last year actually fell by 26%.

The industry has responded by saying that plots are built on as soon as planning permission is secured, arguing that the 557% increase in profits among the nation’s four biggest housebuilders since 2010 is a result of the very low starting point following the financial crisis.

Pete Redfern, Taylor Wimpey CEO said: “The industry is only just returning to the point where it is meeting its cost of capital following the most prolonged downturn the housing industry. The comparison used for profitability is against a point where many in the industry were loss making, so a percentage improvement is rather meaningless.”

What are the odds he will tell his shareholders that the level of his own company’s record profits are “rather meaningless” in his end-of-year trading statement? Redfern also misses the point that these were paper losses, caused by write-offs in landbank values, the very same hoarded land that is now giving rise to record profit rises with the aid of the taxpayer-funded Help to Buy subsidy.

Despite the fact that between them, Britain’s four largest housebuilders by volume Barratt, Persimmon Taylor Wimpey and Berkeley have a land bank of around 300,000 plots, Redfern refuses to accept that house builders are hoarding land saying:

“We continue to start all sites as soon as possible once an implementable planning permission is received. Taylor Wimpey specifically and the industry as a whole have only a tiny percentage of sites that have a planning permission, where construction has not been started.”

A surprising statement as Redfern also said in his blog “we have about three years of actual, usable supply” – this equates to around 30,000 homes Taylor Wimpey can build, right now, just under half the company’s total landbank (65,409). Even more astounding is the response from a spokesman for the industry’s trade body, the Home Builders’ Federation (HBF) who said: “Developers don’t land bank, all the evidence is there. As soon as developers get a planning permission they want to start on site. Developers are not land hoarders.”    All the evidence is indeed there; for example, Taylor Wimpey could have built half their landbank, 30,000 new homes this year but will probably build less than 11,000 .

The reality is house builders make most of their profit from land speculation and added value after gaining planning approval. One major housebuilder said builders need landbank holdings of around four years supply, otherwise they would be perceived as hugely risky and lose investment.

Many of the house builder’s CEOs would be better focusing on measures to improve the poor quality of the homes they actually do build, rather than political posturing about their landbanks and planning conditions. Meanwhile our politicians having recognised the increased level of profits made by the major house builders, should be considering a windfall tax levy as a safeguard against potential losses from the Help to Buy scheme if, or more likely when, house prices next collapse, probably just after the general election in 2015!