It can be tempting to use the solicitor that the house builder’s helpful, friendly sales advisor suggests. Buyers could be moving to a new area or they may never have needed a solicitor before. Whilst it is not generally a good idea to choose a conveyancing solicitor on the basis of cost, it is essential that all new homebuyers choose solicitors that are completely independent of the house builder, one that will act solely in the buyer’s best interests.

How to avoid using the builder’s pet solicitor

It is a good idea for new homebuyers to ask for the house builders’ list of “preferred” solicitors. They can then be certain not to choose one of those firms and know that the solicitor they do use definitely does not have any conflict of interests. I frequently come across new homebuyers who have problems that occur or are made worse, not least because they have been coerced or financially incentivised into using the house builder’s choice, suggested, preferred or “nominated” solicitor.

House builders cannot force a new homebuyer to use a particular solicitor. Doing so is against the law and the Consumer Code requirement. 2.5.

But that doesn’t stop builder’s pushing their own solicitors. It is often suggested to buyers that “it makes things easier and quicker” or that a particular firm has already carried out searches for the plots on the development, making delays less likely when trying to meet a house builder’s 28-day ‘exchange of contracts’ deadline. It is even common practice for house builders offer free extras and cash-back incentives. Recently an Avant buyer told me he was offered £1,500 on condition he used Avant’s choice of solicitor. Some builders have been known to withdraw a part-exchange deal if their pet solicitor is not used.

So why do house builders do this? What do they gain?

More importantly why specifically, this is bad from the buyer’s perspective, apart that is from the obvious conflict of interest – something that the law society should be clamping down on! 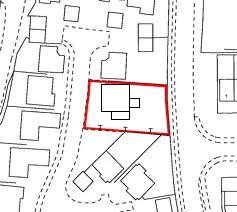 It is not uncommon for house builders to make a mistake during land registration. This often results in a dispute with a homebuyer about a boundary position, rights of way, rights of access, land ownership or parking spaces. If the buyer has appointed the builder’s preferred solicitor, it will not be possible for him to act for the buyer in any dispute as it is likely he will have made a mistake with either the land registration, ignored a builder’s error, or perhaps failed to see it at all. Most shocking is this 2006 Persimmon buyer who now  can’t sell her home as half her bedroom is on the neighbour’s land! It is not unknown for house builder preferred solicitors to fail to point out new houses that are sold leasehold and escalating ground rents that double every ten years

Most house builders add restrictive covenants in the Title Deeds of the homes they sell. These usually only last for a Restriction Period of say four or five years from the start of the development. Examples include restrictions on parking of commercial vehicles, caravans and boats, repainting front doors a different colour and a requirement for new homeowners to obtain the house builder’s consent for any alteration or extension such as a conservatory. This is quite reasonable as an early buyer could build an extension which detracts from the development and could potentially, put off prospective buyers of the remaining homes. Most builders stipulate an administration charge for their approval!

Any solicitor on the house builder’s preferred list will be less inclined to challenge any of the more unusual or unfair covenants, whereas an non-conflicted solicitor selected by homebuyer, will go through every clause in the contract. They will be happy to answer any question his client asks and will protect his client’s interests, discussing implications with buyers of specific covenants in title deeds such as charges for private roads, street lighting and details and implications of easements for servicers and electricity sub stations etc.

It is inconceivable that any builder-promoted firm of solicitors would not have a conflict of interests. A spokesman for the Law Society told me:

“We believe that it is right that consumers should be free to choose their own solicitors in all transactions and that there are dangers of a conflict of interest where the same solicitor is acting for both sides in a transaction…..There are rules relating to conflict of interest are contained in the Solicitors Regulation Authority (SRA) Handbook” 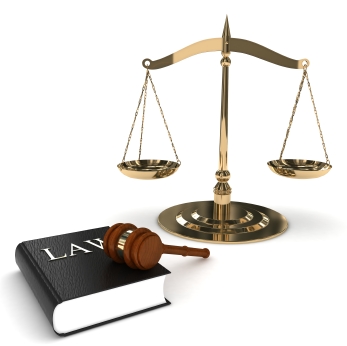 If complaints made to the Consumer Code for Home Builders Adjudication Scheme are anything to go by, house builders’ sales staff often mislead and misinform new homebuyers. Changes to the length of leases, discrepancies and omissions with management changes, ownership or adoption of estate roads and public open spaces and their maintenance; alterations to agreed specifications; landscaping and charges for optional extras all have the potential for a legal dispute. Often these are clarified at exchange of contracts but the information is not then passed on to buyers by a builder suggested solicitor.

Inability to change the house builder’s Standard Terms of Contract

House builders like buyers to use their own choice of solicitor as they can be fairly certain that those solicitors will not try to renegotiate or change the standard terms in their contracts, which are inherently imbalanced in favour of the house builder. These would and should ordinarily be renegotiated by a fully-independent buyer’s solicitor to include:- access to the property before legal completion for buyer’s (or their agent’s) inspection; clause stipulating postponement should the property be incomplete or snags not rectified on handover day; a negotiated retention to protect the homebuyer and incentivise early rectification of any snagging and defects that occur.

With house builders keen to include as many legal completions for their financial year-end, buyers can be incorrectly advised, forced or even pressured by builder suggested solicitors, into legally completing on a new home that is not 100% fully finished. It has been known that buyers are told the completion certificate and warranty documents have been received by their (“builder-preferred”) solicitors when they may have not even been issued, often due to unresolved compliance and warranty problems with the home. In some cases buyers have even moved into their new homes without mains water or electricity. Some housebuilders are so desperate to achieve their year-end figures they offered buyers cash incentives to legally complete on unfinished new homes, even though this should not be possible under CML rules.

If it becomes necessary, in the absence of any government appointed Ombudsman, that new home buyers can go to, new homebuyers may need to start legal proceedings against their house builder, either to recover the cost of remedial works to their home or claim justifiable compensation for loss of earnings, distress and inconvenience. Those who used the house builders suggested solicitor may soon discover that they are unable or unwilling to take legal action against the house builder often (then) citing the conflict of interest.