Home » The Help to Buy madness is being extended by four years to 2020.

The Help to Buy madness is being extended by four years to 2020.

George Osborne has announced that the lunacy of his Help to Buy scheme for new-build homes is to be extended for a further FOUR YEARS to 2020,  less than a year after it was first made available. 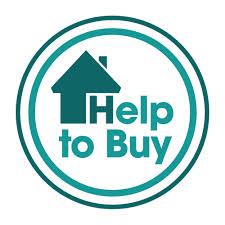 Those keen on the stock market can watch today as builders share prices soar still further on this latest announcement. Already share prices of Bovis, Crest and Persimmon are up around 4.5%.  Remember this is taxpayer’s that are funding the five-year interest free loans, after we at least receive 1.75% on our money! This extension t0 the scheme will cost taxpayers a further £6billion! Also let us not forget that, at the same time, George Osborne is steadfastly refusing to raise the 40% income tax thresholds, despite calls from many in his own party as well as two ex-chancellors Nigel Lawson and Norman Lamont. Just over 1.7million paid the top rate threshold twenty years ago. Today that figure is 4.4million and is predicted to rise to 5million before the next election in 2015.

It is not difficult to see where our tax money is going – subsidising the cost of new homes for people who cannot really afford them and, more to the point, subsidising the house builders resulting in record profits and payouts to their shareholders.

It is hardly surprising that the number of new starts has increased since the scheme was introduced. House builders are taking advantage making the maximum profit they can whilst the demand is there. Around 15,000 new homes have been sold to first-time buyers, who accounted for almost 90% of home purchases made via Help to Buy I between April 2013 and January 2014. In the same period, the house builders have increase their average selling prices by around 14%.

The country is £1.2trillion in debt. The cost of interest on the national debt is the fourth largest cost to the country, behind education, welfare and health. The interest payments on the national debt cost each of the 30 million UK taxpayers more than £1,650 a year. Yet this Chancellor appears to have “spare money” to give to house builders?

The Home Builders Federation confirms that Help to Buy “equity share” is resulting in around 2,500 new home reservations each month and more than 25,000 reservations to date have been made using the scheme, mostly by first-time buyers.

It is time to turn off the taps, not leave them on longer for a sector that didn’t need the help in the first place. We are supposed to be austerity, and reining in credit fuelled consumption, not stimulating it!

This entry was posted in Help To Buy and tagged help to buy, house builders. Bookmark the permalink.