Despite 15 organisations and 19 individuals submitting written evidence to the APPG EBE Inquiry “looking into the potential and detail for a New Homes Ombudsman”, there is scant sign of any progress. Initially, written submissions were required to be in by a 22 December 2017. This “deadline” was then extended by the Construction Industry Council (CIC) to 12 January 2018. Yet only recently did a list of those who submitted written evidence appear on the CIC website! At the time of writing there are no details or links to pdfs of these written submissions to the APPG EBE New Homes Ombudsman Inquiry.

So I asked why and the CIC confirmed that:

“We will not be providing links to the submissions this time as some of the witnesses requested not to do so. Therefore, we decided not to be selective not to publish any of them on our website instead of being selective. The evidence received was submitted to us by those who voluntarily wanted to provide information and all evidence has been accepted – and the only selection criteria used was the relevance to the scope of the Inquiry and the questions presented in the “call for evidence”.

Whilst I can understand that many of the individuals who made written submissions might fear repercussions from their housebuilders for doing so, there is no reason why any organisation or institution would not be happy for their submission to be available to download on the CIC submissions page. The CIC spokesperson confirmed to me:  “If CIOB or Housing Ombudsman would like to share their evidence they can do so on their websites or issue press release about it. 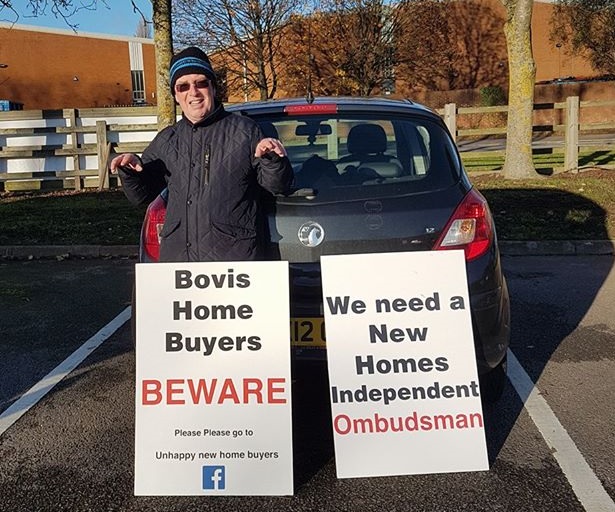 Indeed, several organisations including the Chartered Institute of Building, the Housing Ombudsman and New Home Expert have done so, making their submissions publicly available on their websites.

“The CIC/APPGEBE page is not a public information source.”

Surely that is the purposes of any publicly accessible website? It is also strange and unexplained, that this is the only Inquiry that does not have listed details of the evidence sessions. In addition, half of the Inquiries on the CIC APPG EBE web pages give links to pdf notes of sessions and written submissions.

So when exactly are the sessions?

It is not being disclosed! It would appear this APPG EBE New Homes Ombudsman Inquiry is being conducted behind closed doors with the CIC spokesperson confirming to me that:

“Information will be available to invitees in due course. I am afraid, one must be invited to give evidence or to attend the session. The evidence giving sessions have already started and there will be three of them. The Committee members can only commit to three 2-hour meetings and will invite those whom they would like to ask further questions.”

Just three 2 hour sessions! Really? Is that it for such an important Inquiry that has the potential to help many tens of thousands of people every year? The Inquiry “Into the impact of Brexit on future skill needs” had five sessions! It is such a great pity that the previous APPG EBE chair Jo Churchill was promoted in Theresa May’s January re shuffle.

I have no doubt that Mrs Churchill, who is passionate about the issue of defective new homes and indifferent housebuilders, would have taken this APPG EBE New Homes Ombudsman Inquiry by the scuff of the neck and pushed through the setting up of an independent, government-appointed new homes ombudsman. The new APPG EBE New Homes Ombudsman Inquiry chair Eddie Hughes, an MP for all of seven months, would appear to prefer to spend his time tweeting about pancakes!

Laughably, for this important Inquiry, the CIC have said:

“The only room available [at the House of Commons] to hold the last session was hardly big enough for all members of the committee and all witnesses to sit at one time!”

The comments from the CIC spokesperson are as enlightening as they are frustrating.

There are most certainly more questions than answers for an Inquiry that has barely begun. Even worse, this Inquiry is being conducted outside of public scrutiny!

Do APPGs achieve anything?

As I already knew, the CIC confirmed the “APPG EBE – is a voluntary initiative of a few parliamentary members, who share interest in issues related to the built environment – not housing/ new built exclusively.”

APPGs have the potential to be used covertly, by organisations representing big business as a lobbying opportunity. But in my opinion, most APPG’s generally serve little purpose, Parliament is not required to act on their findings or research. There are literally hundreds of APPGs, more than 630 on 2nd May 2017.  An APPG appears to me to provide little more than something for MPs to do before the restaurants open and the London rush hour subsiding. With many MPs using them as a means to get noticed and an opportunity to be interviewed by the media, promoting their personal political profile in the process. Not that it did previous chair Oliver Colville (58) any favours; he lost his Plymouth seat in the 2017 general election.

This APPG, Excellence in the Built Environment has in the last 6 years, according to the CIC, followed a format of:

So pretty much a whole year per Inquiry – so no great sense of urgency then?

Nice work if you can get it!  So given the ‘call for evidence for this Inquiry was in December, (winter) we can’t expect the Report much before the end of August at the earliest. Taking into account the 2018 summer recess from 30 June to 2 September and the following party conference season (15 September to 3rd October 2018) there is a potential that this Inquiry report won’t see the light of day much before October 2018!

Meanwhile the Government announced on Sunday 18th February 2018 an 8-week consultation “Strengthening consumer redress in the housing market” which I will examine in depth, in my next article. The CIC have already confirmed the APPG will: “participate in the recently announced MHCLG consultation by feeding in our findings to them by 16 April, (using the same channels available to wider public)”