Officially at least, David Ritchie, CEO of Bovis Group, Britain’s 6th largest house builder by volume ‘stepped-down’ yesterday with immediate effect after eight years in charge. It took Bovis less than a day to remove Ritchie’s profile from its corporate website. The Evening Standard reported that “doubts over Ritchie’s position are understood to have come to a head in recent days culminating in a board meeting at which he offered his resignation to chairman Ian Tyler, who accepted.”

The announcement coming just three days after the resignation of NHBC chief executive Mike Quinton and 13 days after Bovis issued a profit warning  (on 28 December 2016) saying that pre tax profits would be lower than predicted:

“we have experienced slower-than-expected build production across the group’s sites during December, resulting in approximately 180 largely built and sold private homes that were expected to complete in 2016 being deferred into early 2017”

The company issued a similar profit warning in November 2015, at the time blaming planning delays and rising costs caused by labour shortages.

Following this, in February 2016 Bovis’ announced that poor productivity and poor quality of work was forcing it to review and replace a substantial number of sub contractors across its sites.

But are housebuilders are placing too much importance on their year-end figures and rushing completions?  Bovis Homes have regularly over-stated and under-achieved their beleaguered buyers. Now it would appear they have been doing this to investors.

Bovis homebuyers are not ignorant of the issues regarding the rush for year-end completions with one tweeting:  “sales equals targets equals bonuses! Buyers are conned into moving into incomplete homes #yearend”

Tweeting about the Bovis year-end legal completions on one development: “completions on 23 December 2016 were especially bad. Owners residing in homes with no driveways, windows, gardens. Yet it’s happening! Cash incentives for buyers to complete is common practice!” 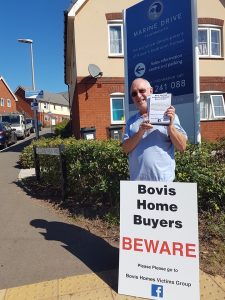 But just how unfinished were the homes that were put back to “early 2017”? It is also questionable why the warranty inspector ‘signed-off’ the CML final inspection certificate if these homes were so unfinished that buyers were allegedly “bribed” to legally complete regardless. This should not have been possible without a final inspection and a signed-off CML completion certificate. KentOnline said: “it has emerged many families due to move into its Orchard Fields development in Maidstone were told their properties were not ready – some with less than 24 hours notice.”

Ritchie, who was paid £1.54 million in 2015 including his £550,000 salary, is understood to have received a payoff, reportedly a year’s salary (to be announced in April) and has no other job to go to. Ritchie remains as non-executive director of Irn Bru soft drink maker AG Barr, following his appointment in April 2015.

Ritchie a chartered accountant joined Bovis in June 2002 as Group Financial Director and became Group Managing Director in January 2007. He took the helm as CEO in July 2008.

“The Board of Bovis Homes Group PLC announces today that David Ritchie, Chief Executive, has notified the Group of his intention to leave the Company..

David will step down as Chief Executive of the Group and as a Board Director with immediate effect but will remain with the Group until 28 February 2017 to assist with the process of transition. The Board has appointed Earl Sibley, the Group’s Finance Director, as Interim Chief Executive with immediate effect and will immediately initiate a process to appoint a permanent successor which is expected to take several months.”

“It has been a privilege to serve Bovis Homes as its Chief Executive over the last eight years as the Group has doubled in size and delivered record profits. I believe now is the right time for someone new to lead the Group into its next phase of development. I have spent over 18 years working for this great company and I wish Bovis Homes every success in the future.”

So what did David Ritchie achieve? 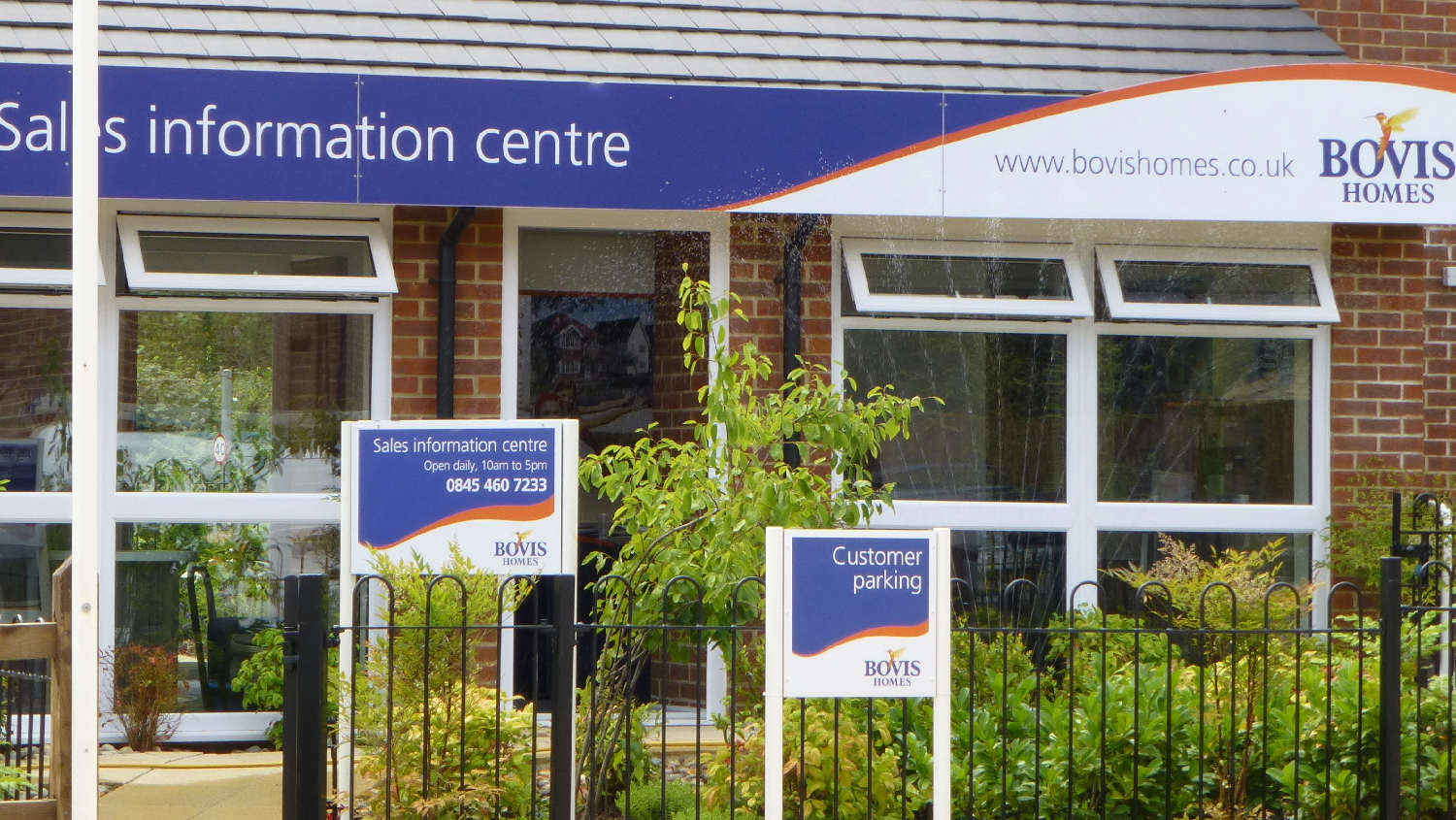 It is therefore hardly surprising that Bovis shares have gained just 128% since 2009. This is put into perspective when compared to the 600% rise Bloomberg UK Housebuilders’ Index. An analyst at Canaccord Genuity said Bovis share price has “substantially underperformed the wider sector over the last seven years. Production delivery issues have held the shares back over the last few years and the group’s returns are significantly below the sector average.”

“We have long been concerned that there was something structurally wrong at Bovis and that — for reasons which were not wholly clear from the outside — Bovis was struggling to keep hold of key resources necessary to execute its growth plans. It has long been suspected there were cultural issues that ran right to the top of the organisation and that the business was less able to function freely and take best advantage of market conditions because of too much control.”

Bovis’ site managers have never excelled in the NHBC Pride in the Job competition either. With an average of just 4 NHBC Quality Awards each year since Ritchie took control and Bovis are the only major volume house builder that has failed to win a single NHBC Quality Award as they did in 2015!