Is your new home killing you? 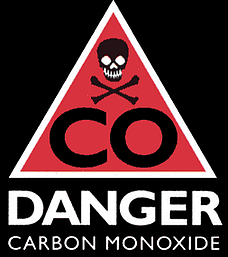 The shocking truth is, any new home built since 2000 that has a gas central heating boiler could be lethal. There is now widespread recognition that systems with concealed twin extended boiler flues, pose a significant risk of carbon monoxide poisoning. I am calling for a mandatory requirement that all new homes must be fitted with carbon monoxide alarms.  In addition, every new home must be independently inspected, not merely ‘signed off’ and certificated  by the installer.

27 February 2008
Elouise Littlewood (26) dies from carbon monoxide poisoning
You would think that following the tragic death of 26 year-old dance teacher Elouise Littlewood on 27 February 2008, who died from carbon monoxide poisoning from a faulty boiler installation in her flat on the Barratt development at ‘Bedfont Lakes’ in Notting Hill West London, that all house builders would be double checking every boiler in every new home they build, to ensure they are 100% safe and installed to manufacturer’s and GasSafe instructions.  Elouise bought the two-bedroom property through a shared ownership scheme with Notting Hill Housing confirming: “Barratt had installed the gas system and produced a gas safety certificate with a one-year guarantee.”

Prosecutions over inadequately installed concealed boiler flues
After separate investigations by the Met Police and the Health and Safety Executive, the gas fitter accused of her manslaughter, Paul Williamson (53) from Sutton, was cleared of manslaughter by gross negligence by an Old Bailey jury in June 2012. His employer, Malden Plumbing and Heating Limited, was also cleared of failing in its duty to protect non-employees from risk.

Following the Bedfont Lakes tragedy, which also left Her lodger, Simon Kilby, with permanent brain damage, the Health and Safety Executive warned that 1,200 homes with concealed flue boiler systems could be ‘immediately dangerous’ with a further 4,800 a potentially ‘at risk’. The figures were based on exploratory work carried out by Barratt and other developers. Carbon Monoxide [CO] is a colourless, odourless, tasteless, poisonous gas produced by incomplete combustion of carbon-based fuels. It stops the blood from bringing oxygen to cells, tissues, and organs and can kill quickly, without warning.

28 May 2008
No Commissioning certificate for boiler in Persimmon new home
A few days after Lisa Peplow and her family moved into their brand new home she discovered the boiler installed by Persimmon Homes, could have leaked potentially fatal carbon monoxide fumes after calling an emergency plumber when the boiler stopped working and produced a “funny smell.”

The plumber told her that the boiler at her house in Shackleton Close, Bowerhill, near Melksham, did not even have a commissioning certificate – a legal requirement. She told This is Wiltshire:
“He came out, disconnected it and condemned the installation saying it was illegal. I had three things wrong with the boiler last year and he said if I hadn’t had them repaired there would have been a carbon monoxide leak. I was horrified; I was really shaken because I’ve got two girls here. Especially by the fact that carbon monoxide could have leaked out because of the installation.”

The plumber found part of her boiler had melted, giving rise to the strange smell.

25 September 2008
Gas safety checks at 319 new Barratt homes
The gas central heating systems in 269 homes in Colchester built by Barratt Developments underwent safety checks after concern was raised about the standard of their installation, with condensation stains spotted on a ceiling indicating evidence that a twin-pipe flue was leaking. The UK’s largest housebuilder said occupants could be at risk of carbon monoxide poisoning because of problems with flue installations. Another 50 apartments on a Barratt development in Leeds were notified of similar problems. Residents were told to contact British Gas to safety-check their systems; with others having the gas supply to their homes switched off to ensure their safety. The Barratt spokesman saying at the time:
“After detailed discussions with the Health and Safety Executive, as a precautionary measure we have engaged British Gas to conduct quality assurance checks at a limited number of housing developments where a central heating system may have been installed.

31 January 2009
Gas supplies turned off in 340 Taylor Wimpey new homes
A Taylor Wimpey development of 340 homes at ‘Harbour Reach’ in Poole had their gas supplies turned off after a leak of a potentially fatal carbon monoxide was discovered, detected by a carbon monoxide detector, fitted in all homes owned by Raglan and Swaythling Housing Associations. One resident Chris Walsh, who had moved in over a year earlier, said at the time:
“We’ve been told there are serious problems with the boiler flues and levels of carbon monoxide, it’s a silent killer. When you buy a new property you get a [gas] certificate that the property has been tested and complies. How can that be allowed to have happened?”

2 December 2010
HSE issued a safety bulletin which was updated on 20 May 2013
It is a requirement under The Gas Safety (Installation and Use) Regulations 1998 for a service engineer working on a boiler, to check the flue for correct operation. This cannot be done where the flue has been installed within the fabric of the building with no access. The most commonly installed boilers that could have been fitted with extended concealed flues are: Range Powermax, Potterton Powermax, Gledhill Gulfstream, Ideal iStor.

Even if there has not been a carbon monoxide leak in a home, engineers might discover that the flue pipes were not connected as securely as they should have been presenting an ongoing risk to the occupants if left unresolved. All homeowners especially those that have bought a new home are advised to fit a carbon monoxide detector. These can be bought for as little as £7 to £25 and could save you and your children’s lives!

Six months earlier, Taylor Wimpey were forced to take action on another of their developments, the 791 home Grand Union Village, in Ealing and Hillingdon after elevated levels of carbon monoxide were discovered at an apartment in December 2011.

In total, Taylor Wimpey had conducted inspections on more than 9,000 of its new homes in the four years to October 2012. It has even inspected homes that did not have extended concealed flues. Taylor Wimpey told Inside Housing:
“We have also identified that only a very small proportion of homeowners are having their gas boilers inspected and serviced regularly. In light of the concern that many customers are not having gas appliances inspected or serviced regularly, we have now amended our standard specification to include the installation of an audible carbon monoxide alarm in any room which contains a gas appliance.”

Taylor Wimpey wrote to all of its customers who bought homes completed from 2000 – when concealed extended flues were commonly used, highlighting the risks of carbon monoxide poisoning, emphasizing the importance of regular boiler servicing and offered to supply free carbon monoxide alarms. As of October 2012, Taylor Wimpey had written to a staggering 150,000 customers about the issue and says it has installed or supplied more than 30,000 audible carbon monoxide alarms since 2009 following the HSE safety bulletin in December 2010.

Persimmon, Britain’s second largest housebuilder by volume, whilst refusing to comment on whether it had found problems in any of its homes and whether it had taken steps to protect residents in homes with concealed flues, it did tell Inside Housing in October 2009 that it had found 384 properties that “did not have access panels in accordance with the safety requirements”. It had undertaken to complete work on these by December 2009.

As John Gosling writes in his excellent blog ‘A Barratt Home From Hell’ that the Ideal engineer pointed to the air inlet on the outside wall explaining that because of the way it had been fitted, the boiler was receiving insufficient air and would not be running efficiently. After John called the HSE Barratt quickly fixed the problem.

23 November 2015
Home built in 2006 had unsealed flue
An inspector found a fault with the boiler of a home built by Roland Bardsley Homes in 2006. The company being acquired by David Wilson Homes in 2006. Louise Dunn, from Shaw near Oldham, suffered symptoms of carbon monoxide poisoning in November 2015.  It was discovered that the flue, designed to take carbon monoxide away from the home, was left unsealed, meaning the toxic gas could leak back into the house.

December 2016
Taylor Wimpey still apparently have issues on their developments around the UK with boilers.

A Taylor Wimpey homebuyer recently posted on the forum :

“We have an ongoing issue with Taylor Wimpey. An insurance-appointed engineer shit down out boiler because it was “dangerously unsafe” He found that the flue to our boiler was incorrectly fitted at installation because “flue lengths were cut too short, damaged elbow and missing seals“. A second engineer second engineer of my choice, attended [on 11 January 2016] and pretty much reached the same conclusions Taylor Wimpey have sent their own independent engineer but they are refusing to share their findings (which I’m not surprised at). Carbon monoxide has been leaking into our home, which explains why I get headaches and nauseous when working at home. Fortunately, we have a three-storey townhouse and neither of us spend that much time on the top floor. We’ve been without running hot water and heating since 30th December 2016 because the engineer shut down our boiler on the grounds that it was dangerously unsafe.

“I’ve since learned that Taylor Wimpey have had issues on other developments around the UK with boilers and subsequent carbon monoxide emissions. Indeed, on our development a string of boiler failures prompted Taylor Wimpey to install carbon monoxide alarm monitors on every home on site (almost 300). About four years ago, a row of houses on our development had some pretty serious boiler issues. After the remedial works were completed, Taylor Wimpey then sent ‘engineers’ to every home and installed CO [Carbon Monoxide] monitors outside every boiler cupboard and allegedly checked every flue. They fitted three brackets to ours, one in the boiler cupboard and two on the main body of the flue in the loft.”

I can’t begin to list the number of issues other new homebuyers have told me about. Most concern boilers found to be “wired incorrectly” after the first annual service was carried out. This forum post concerning Charles Church homes  being typical.

At the APPG Inquiry Into the Quality of New Homes in November 2015 I made a submission/presentation and said that there should be:
“Independent Electrical and Gas installation inspections. Electrical and gas safety inspections must be carried out by an outside inspector rather than the current self-certification by the individual or installing contractor.”

I have asked government for this measure to be considered for inclusion in the Housing White Paper (along with the New Homes Ombudsman) as people’s lives are being put at risk and certain house builders retrospectively fitting carbon monoxide alarms is not a solution to the leaking, potentially lethal, boiler flues and incorrectly installed gas boilers.

As a minimum, it is essential to make fitting carbon monoxide detectors in all new homes a mandatory Building Regulations requirement and NHBC warranty standard. As it stands, there is no legal requirement for builder, landlords or gas companies in England and Wales to install alarms where there are only gas appliances. There is a duty under the Building Regulations Part J from 1 October 2010, when a solid fuel or bio fuel heating system is installed, such as a wood burning stove.

One Response to Carbon Monoxide Poisoning Risk In New Homes