We all know about the oft-quoted HBF survey question: “Would you recommend your builder to a friend?” In the 2016 survey results an somewhat unbelievable 85% said they would, but did they? Most of the large house builders have recommend a friend schemes also known as “send a friend.” Normally a leaflet outlining the scheme is dropped in the Welcome Pack buyers are given when they move in to their new home. They offer a cash payment to buyers who recommend a friend or someone who goes on to buy a home from the house builder. These payments vary considerably from a paltry £300 (Keepmoat) up to £4,000, although it appears £500 is the most common.

For most, the extra money will come in handy at a time of need, especially with all the costs associated with moving home. But beware there is a procedure and significant hoops to jump through before you can get your referral cash,  even then it can take several weeks. The referral payment is only made following the friend’s legal completion.

Firstly, you should also consider whether your house builder is worthy of recommendation. Would your friend thank you if their new home turned out to be an unmitigated disaster from hell as they often do?

A Ben Bailey (part of Avant group) new homebuyer told me that:
“despite having proof of her recommendation under the recommend a friend scheme and their friends also having made it clear from the outset that they had been recommended on their first visit when they reserved their property and on subsequent visits to pick flooring, tiles etc. – the sales advisor kept saying she would look into it but just before completion told them they don’t qualify for the referral fee without any explanation why!”
It transpired that the reservation was made three days beyond the expiry date of the recommend a friend offer. 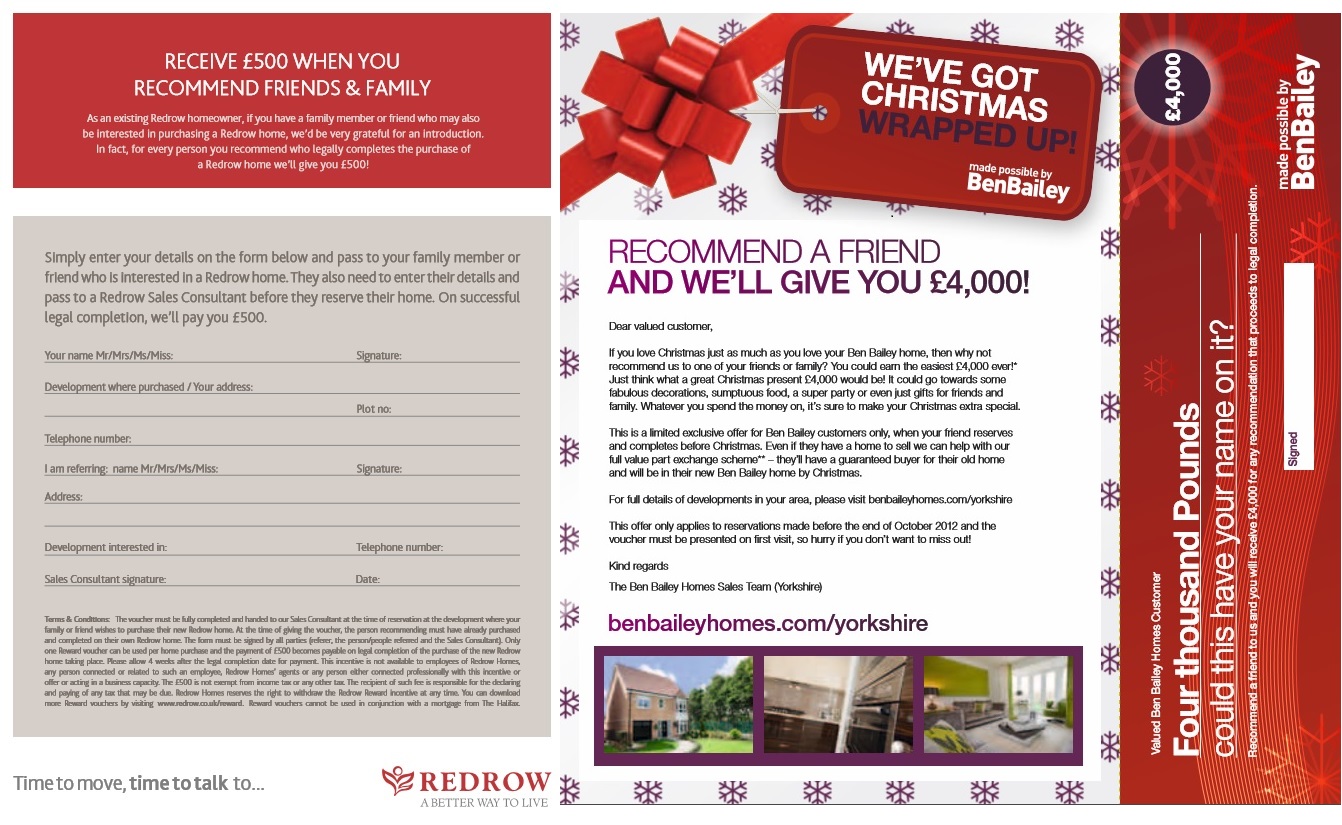 Another buyer says:
“Having done this, we tried but failed to jump through all the hoops. Amongst other things, we were told we submitted the form too late. Notwithstanding we had never been given one. My impression of the scheme is that it appears to be a con. When I questioned the issues I was almost made out to be lying about the facts and this from a company who pride themselves upon customer care.”

Buyers have to chase their house builder for their referral payments
“We received the cash (well, cheque) but did have to chase for it. Numerous phone calls to the head office over the course of 5 or 6 weeks for each promotion claim.”

Most house builders stipulate the form has to be submitted on the first visit to the sales office at the time the friend buys the property. 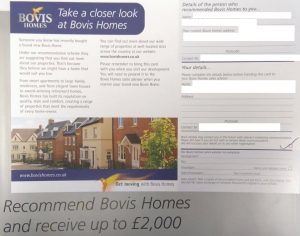 All house builder’s sales advisors are given what are known as negotiables. They are an amount of discount they can offer, which can be a reduction in price, and/or “free” optional extras such as turf rear gardens and carpets for example, without having to ask their manager. So when a buyer negotiates a £5,000 discount they won’t get the “free” turf or carpets that their neighbour got for “free” included in the full price they paid. It would be foolish to believe that the recommend a friend referral payment isn’t coming out of their negotiables budget and so the recommended friend will be actually paying the buyer’s referring them! 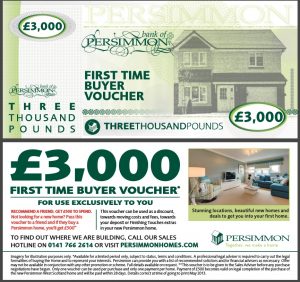 Watch out for time restrictions and requirements such as presenting the recommend a friend voucher before any price negotiations take place.

Persimmons voucher states that: “For a limited period only”- “This voucher is to be given to the Sales Advisor before any purchase negotiations have begun.” Now you know why!

Redrow states the voucher: “must be completed and handed to the sales advisor at the time of reservation.”

A Bovis buyer posted online:
“My friend got £500 for recommending Bovis to us. The Sales team weren’t happy that we didn’t mention it straight away as they said that would have affected the deal that they were able to give us. It definitely goes against the buyer to say you were recommended by someone”

Bovis Homes optimistically included four recommend a friend referral postcards in their Welcome Packs, working out at four recommendations of £500 for each one.