Home » Why is the Conservative government dragging its heels over housing reform?

Why is the Conservative government dragging its heels over housing reform?

Posted on 14/01/2019 by New Home Expert | Comments Off on Why is the Conservative government dragging its heels over housing reform?

Why is the Conservative Government dragging its heels over housing reform? 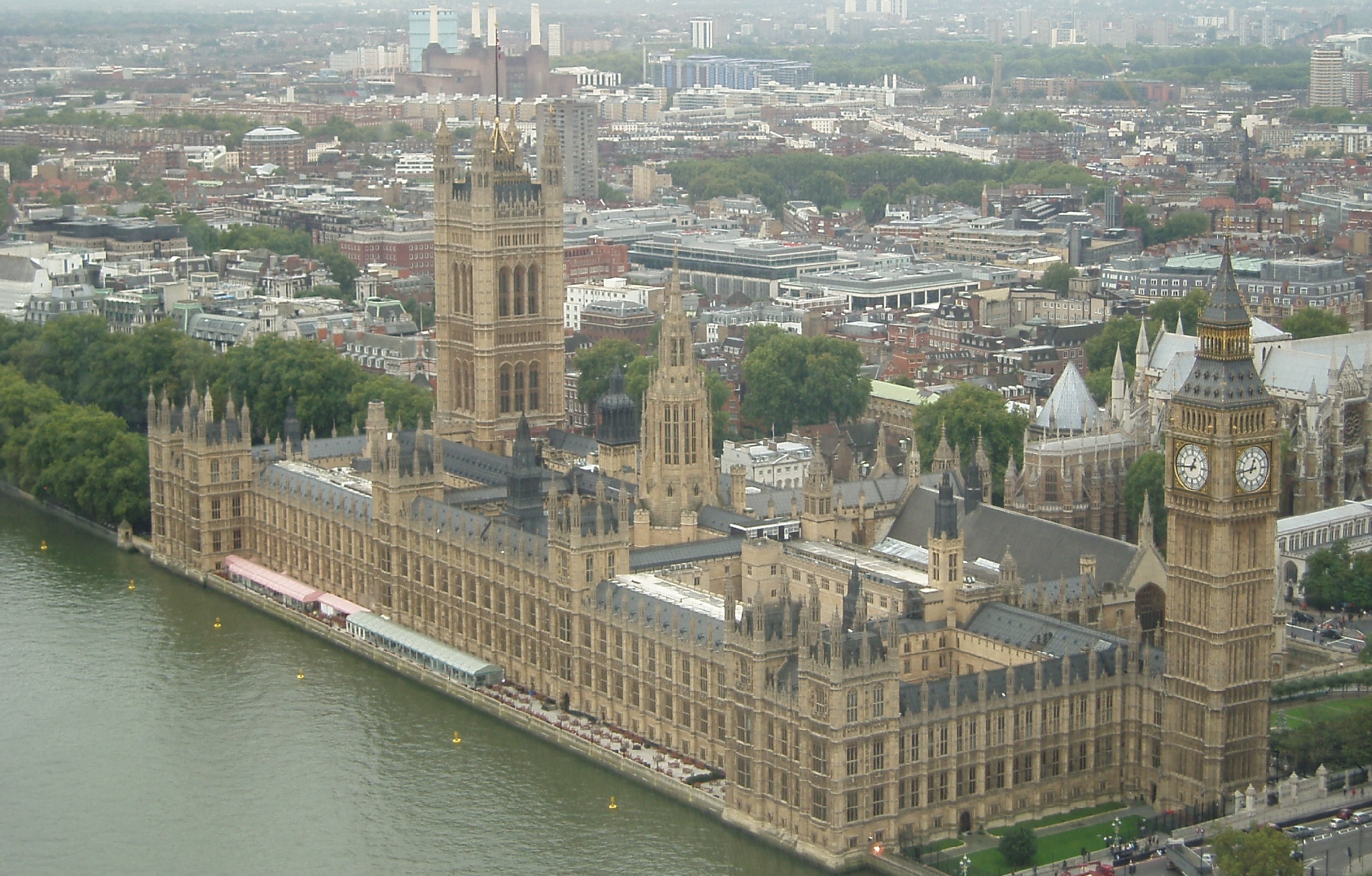 At the time this was widely derided as “more of a consultative document than a white paper.” It contained promises to ban the sale of leasehold new houses; reform leasehold; end housebuilder landbanking and even acknowledged the existence of the APPG for Excellence in the Built Environment (2016) “More Homes, fewer complaints” – report from the Commission of Inquiry into the quality and workmanship of new housing in England, confirming it would:
“keep requirements under review, to ensure that they remain fit for purpose and meet future needs. This includes looking at further opportunities for simplification and rationalisation while maintaining standards.”

In December 2016, the then housing minister Gavin Barwell said:
“The Government will be considering the recommendations in the report in developing future policy on new home”

Whilst Javid may have claimed his housing white paper would provide “radical lasting reform” to fix the broken housing market, it would appear that very little, in fact nothing, has actually been done in the last three years.

Since then the “Consultation Party” has announced various consultations, reviews, reports and inquiries but as yet, nothing has changed. For big housebuilding it is very much Keep Calm and Carry On Regardless.

Take leasehold new houses. This was debated as long ago as 20 December 2016 in the House of Commons. Not one MP came out and spoke in favour of selling brand new houses as leasehold. But many called for it to be banned with Sir Peter Bottomley comprehensively exposed the abuses said:
“this goes beyond sleaze”
Justin Madders Labour MP for Ellesmere Port and Neston said:
“This is nothing short of a national scandal. It is the PPI of the house building industry”
The then MP and housing minister Gavin Barwell said:
“I cannot think of any good reason for houses to be built on a leasehold basis. If the industry does not put a stop to the practice and help existing homeowners, we will look to see what Government can do”
Even Theresa May stuck her prime ministerial beak into the argument saying on 1st  March 2017:
“we will consult on a range of measures to tackle unfair and unreasonable abuses of leasehold. I do not see why new homes should not be built and sold with the freehold interest at the point of sale.”

So the government consultation “tackling unfair practices in the leasehold market” was launched on 25 July 2017 to 19 September 2017 with the report on 6,075 responses published 91 days later on 21 December 2017. On 2 July 2018, 19 months after the commons debate, the government announced:
“New government funding schemes will no longer be able to use the money for unjustified new leasehold houses, in a continuing push to tackle unfair and abusive practices within the leasehold system”

Quite what would be deemed “unjustified” is unclear except it gives an opportunity for housebuilders to justify, which they could not with a blanket ban
This was first suggested by Justin Madders during the commons debate and implemented in Wales in March 2018 with developers in Wales will now no longer be able to receive Help to Buy funding for new houses sold as leasehold unless they can present a legitimate reason for retaining the freehold.

On 2nd July 2018 current Housing Secretary James Brokenshire announced “funding for leasehold new houses to end” and, in a bid to “create a fairer more transparent system for homebuyers”, the latest MHCLG Consultation “Strengthening consumer redress in housing” gave new homebuyers an opportunity to insist on a fully independent New Homes Ombudsman, closed on 16 April 2017. At the time of writing, some 274 days later, the feedback is apparently still being “analysed”! 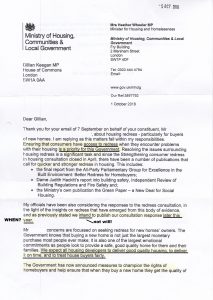 I wrote to my MP Gillian Keegan as long ago as 31 August 2018 to ask why the government response had not been published? She forwarded a copy of a letter from Housing Minister Heather Wheeler dated 1st October 2018 which stated that “access to redress is a priority for this government” and “we intend to publish our consultation response later this year” [2018]

Obviously that has still yet to happen. It looks like Heather Wheeler would have trouble forecasting six o’clock at half past five!

So why is everything taking so long? I can see any reason whatsoever why new laws cannot be debated, drafted and enacted to a given timetable. Brexit is not an excuse! Even simple improvements for new homebuyers could be set up with relative ease and yet they are not. Has this government a hidden agenda? Is it in league with big housebuilding? Is the “Consultation Party” relying on huge donations for the next election campaign?

Whatever the reason, and there must be one, such a dire performance in both work output and results would not be tolerated in any other form of employment.

It is clear and has been for many years, that plc housebuilders put their profits above anything else; good service to their customers, high quality new homes, value, warranties that really do give peace of mind, not scamming by selling leasehold new houses and homes with fleecehold management charges all are possible and deliverable but nothing has been done.

Make no mistake; the housebuilding industry is rotten to its very core. It will never ever change without a strong government forcing it to.
A lot of things have got to change. Real change has got to come from Parliament, from a strong leadership. Not much chance of that at the moment! It could have been so different. On 1st October 2018  James Brokenshire announced that a New Homes Ombudsman was being created “champion homebuyers, protect their interests and hold developers to account” So what, if anything, has been done to progress this in the last 107 days?

As Hugh Fearnley Whittington eloquently put it:
“if there’s one thing we know about those in the Government, it’s that anything that costs money, anything that pits government against big business, even if everyone knows it is the right thing to do, appear to make it harder and slower for them to get on and do it. There is one thing that can make a huge difference and that is YOU, US, THE PEOPLE”

So I call on everyone, let us make 2019 the year of #PeoplePower. It is time to force those government announcements into actions.

On 5th October 2016 Prime Minister Theresa May told the Conservative Party Conference that she was about:
“Righting wrongs: Challenging vested interests : Taking big decisions : Doing what we believe to be right : Getting the job done : That’s the good that Government can do and that’s what I’m in this for : Standing up for the weak, standing up to the strong.”
Perhaps she might like to tell the electorate exactly WHEN she is planning to start!