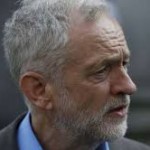 It would appear new labour leader Jeremy Corbyn has appointed Pete Redfern, chief executive of Taylor Wimpey, to lead a review of housing to help form Labour policy on the issue. Quite what housing expertise Corbyn thinks Redfern, with his background in accountancy, can bring to the table is a mystery to me. If is often said that accountants know the price of everything and the value of nothing. Redfern trained as an accountant with KPMG. He then became financial director of Rugby Cement before he joined George Wimpey in 2001. He  became CEO of Taylor Wimpey in July 2007 following the merger with Taylor Woodrow.

It has emerged that Corbyn’s newly appointed housing adviser is the CEO of a British company that has been associated with tax avoidance. Mr Corbyn, you have chosen….. poorly!

Documents show housebuilders Taylor Wimpey had a Luxembourg division which it used to cut its UK tax bill – exactly the kind of scheme that Corbyn and Shadow Chancellor John McDonnell have pledged to bring to an end.

Taylor Wimpey insists the scheme was set up before Redfern became chief executive in July 2007, claiming that he was involved in dismantling it. Taylor Wimpey unwound part of the arrangement in 2009 but informed authorities in Luxembourg that it planned to carry on using the scheme to finance foreign operations, allowing it to continue reducing taxes in other countries.

The Luxembourg subsidiary was remained until 2012, operating a labyrinthine structure of offshore companies, moving cash through Iceland, Gibraltar and Luxembourg.

A Taylor Wimpey spokesperson said: “The companies referred relate to historic structures. The structures were not set up by Pete Redfern. He was the CEO of Taylor Wimpey at the time they were dismantled. The decision was taken in 2009 to unwind them, which commenced that year.”

Taylor Wimpey is also fighting HMRC to reduce its VAT
House building benefits from a very beneficial VAT treatment. The VAT on most costs associated with residential new building is recoverable and the sale of new homes is zero-rated for VAT. Certain exceptions to this are VAT on white goods and carpets, which is not recoverable. This hasn’t stopped Taylor Wimpey challenging this through the courts on the basis of, amongst other things, EU law.

In Taylor Wimpey v HMRC (TC03700 – 12 June 2014), the FTT dismissed the builders’ claim for recovery of input tax on ‘white goods’. Taylor Wimpey claimed input tax on certain items installed in newly built homes by companies now in its VAT group in the period between 1 April 1973 and 30 April 1997 (being the last period to which the three year cap did not apply). The items were both low specification allowances, such as ovens and hobs, and high specification appliances, such as microwave ovens and dishwashers.

Taylor Wimpey contended that VAT was recoverable as it was attributable to zero rated supplies (VATA 1994 Sch 8 group 5) as part of a composite supply (CPP (C-349/96) and that the ‘builders’ block’ (introduced by Input Tax (Exceptions) No. 1

Exempt supplies and the right to a deduction. In Taylor Wimpey v HMRC [2015] UKFTT 74 (12 February 2015), the FTT found that Taylor Wimpey’s claim for recovery of input tax was netted off against output tax which had not been accounted for.

It should be clear to Corbyn that Redfern’s expertise lies in profit generation and any advice he gives is highly likely to benefit his own company and the house building industry, rather than help solve the shortage of new homes. He would be wise to reflect on Redfern’s reaction to Ed Miliband’s use it or lose it land grab ultimatum.