Enough is enough! What will it take before government finally acts, not only to end the misery faced by the majority of people that buy new homes, but also to drastically reduce the likelihood of another death caused by a defect in a new home? Last week a defect in a Taylor Wimpey new home injures a 10 year old girl. 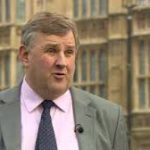 Since the APPG Inquiry published its Report  ‘Into the Quality of New Homes’  three weeks ago, there has been zero coverage of its recommendations in national media. On a personal level, I have written to every single one of the 650 MPs asking for their support and to lobby the DCLG for the introduction of a New Homes Ombudsman. Just one MP has replied so far. Is anyone prepared to do anything before someone else is killed in a defective new home?

On 15th October 2005, a four-year-old boy died from chest injuries after a 50kg (110lb) stone mantelpiece over a fireplace fell on top of him at his Persimmon-built family home in Coulthard Close, Towcester.

In February 2008, Elouise Littlewood was 26 when she died in the flat she owned with Notting Hill Housing Trust built by Barratt Homes at their Bedfont Lakes complex in Hounslow. A post-mortem carried out on the body found the concentration of carbon monoxide in her blood was 77 per cent. Her lodger, Simon Kilby, was left with permanent brain damage after he was discovered unconscious on the sofa.

Only this morning I learned that on 28 July 2016, a radiator had detached from a wall and had fallen on 10 year-old Gemma Fever in the kitchen of the family’s Taylor Wimpey new home at their Rackenford Meadows development in Tiverton, Devon.

Her mother Kate writes about the incident in her family blog Myfamilyfever.co.uk

“We moved into our brand new Taylor Wimpey home on 18th December 2015. There were some pretty big issues after completion, resulting in 12-weeks worth of garden work, as well as all the downstairs flooring being having to be replaced, but over the last few weeks we really started to feel like we were settling in and that the house was just as we wanted it – clean, warm and safe. 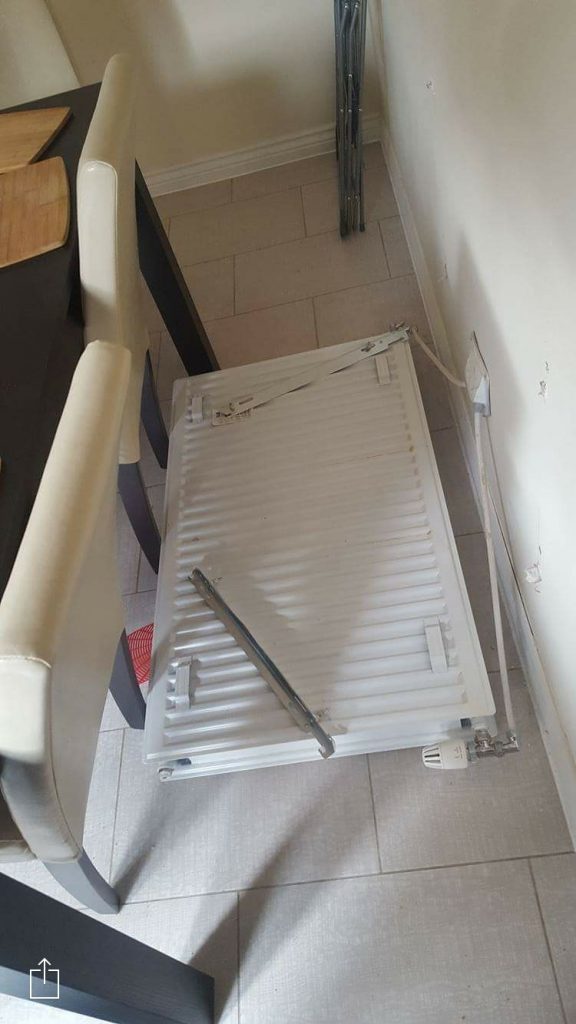 Then on 28th July 2016, after eating our evening meal, Gemma walked across the kitchen to put her plate in the dishwasher. As she did so, the huge, heavy double radiator on the kitchen wall fell onto her leg. The whole thing simply came straight off the wall, pulling all the fixings and brackets off with it. Unfortunately, my 10 year-old daughter’s ankle took the weight of it. Within seconds, blood was seeping through her socks, and on closer inspection, we discovered a large, deep cut which I knew would require some glue or sutures.

I rushed her straight off to the local emergency department, and we were seen very quickly. The wound was cleaned, glued and secured with steri strips and a bandage. It was obviously painful, and Gemma couldn’t hold back the tears. They suspected a ruptured Achilles tendon, and Gemma was taken to the plaster room to be put into a cast. 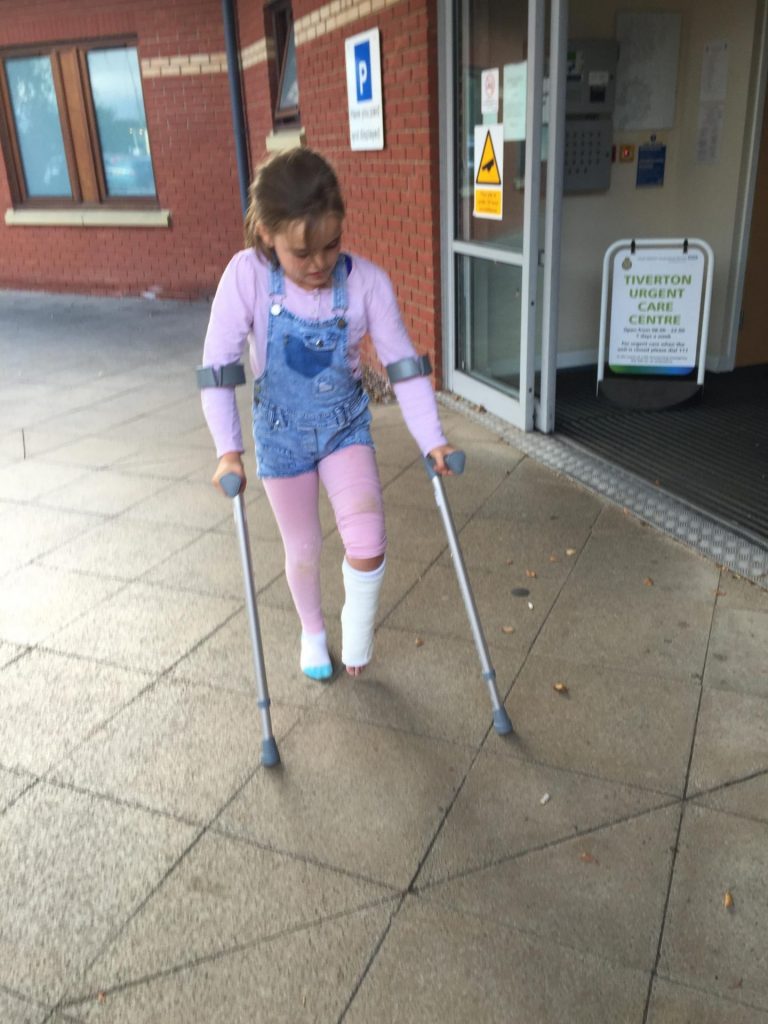 The full extent of the injuries are not known yet – she may need an operation, she may need physio, and she is likely to need several weeks in a cast. The long term effects are yet to be seen. My poor girl has had her summer holidays ruined by something that should never, ever have happened.” 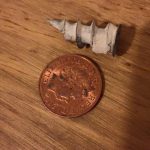 The on-call emergency plumber found that the large double radiator had been fixed to an exterior drylined wall with small, inadequate plasterboard fixings. Mrs Fever reported the incident to Taylor Wimpey, who sent a customer care manager to see them the following day. On arrival, they looked at the radiator and agreed to check all other radiators in the property at the family’s request.

“We are very sorry that this has happened to your daughter and your family. The safety of our customers is of the highest importance to us and we want to reassure you we are treating this accident with the utmost seriousness. Pete and Nigel, our CEO and Divisional Chairman Central & South West, both replied to your email yesterday and Nigel called you on your mobile today and has left a voice message. Please do get back in touch asap with the best number for you so we can help.”

“We would like to apologise to the Fever family for the distress caused by this incident and provide assurance that the health and safety of our customers and their families is our number one priority. Following a prompt and thorough investigation, the radiator has been repaired and all other radiators in the Fever family home have been checked. We are looking into the causes of this incident and any actions that can be taken to ensure it does not happen again.”

“Your home is your secure place, somewhere you can relax and enjoy as a family, knowing your children are safe. Right? But that wasn’t the experience we got when we bought a Taylor Wimpey home.”

“Taylor Wimpey have admitted the fault “in fact”. They have already tried to blame the contractor, saying he no longer works for them. But, I have contacted a solicitor today he has confirmed Taylor Wimpey are legally responsible.”

What is almost certain is that all of the 30 plus homes already built so far on this 255 house development will have been fitted in exactly the same way. Indeed Mrs Fever confirmed today, five days after the kitchen radiator fell on her daughter, that Taylor Wimpey’s plumber has found that all the radiators in her home except two, had been fitted using the same inadequate fixings! The plumbers also confirmed they have been told [by Taylor Wimpey] they may need to check radiators fitted in other homes.  Only “may need to check them”?

Kate Fever sent an e mail to Taylor Wimpey CEO Peter Redfern providing a link to her blog article about this incident and her daughter’s injuries. It has been referred ‘down the line’ to Nigel Holland, Divisional Chairman for Central and South West. So it would appear CEO Peter Redfern, doesn’t think he should get personally involved when a potentially lethal defect in one of his company’s new homes injures a child? Shame on you! 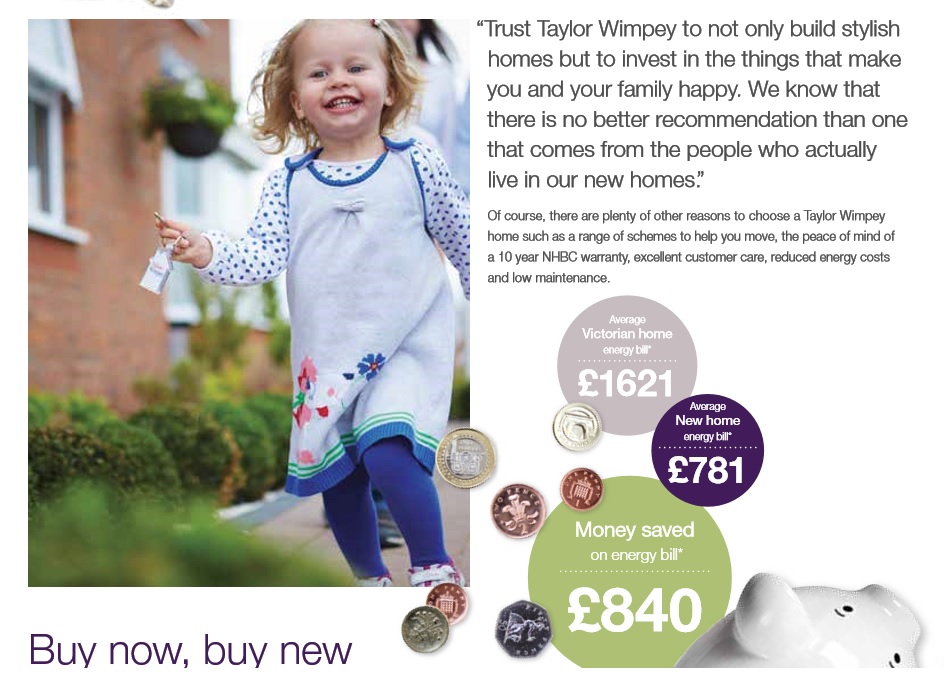 But keep away from the radiators!