Ho Ho Ho! –  Christmas comes early for house builders as David Cameron is set to announce another extension of the Help to Buy scheme at his party’s conference in Birmingham this week. 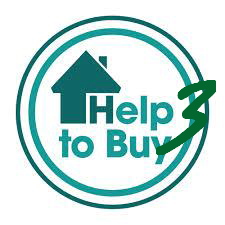 Under the latest proposals, David Cameron anticipates that up to 100,000 houses would be built on so-called ‘brownfield’ land and offered for sale only to young people buying their first home in England. The new homes would be offered at discounted prices of 20% less than their market value.  Exactly who will be valuing the new homes and “comparable” homes has yet to be clarified, but it should be expected that the house builders would set the “market prices” and then “discount” them by 20%. So, in theory at least, a new house worth £200,000 could be bought by a first-time buyer under 40 for £160,000 with a potential saving of £40,000.

To make the discount possible, the Conservatives are proposing to exempt house builders from certain taxes and requirements such as the Section 106 provision of affordable and social housing, the Community Infrastructure Levy and the Zero Carbon Homes Standard on these sites. In addition, brownfield sites – land previously used for commercial or industrial purposes – and surplus public sector land  will be released to house builders at knock-down prices to fund the discounting – savings which house builders will be “obliged” to pass on to buyers. 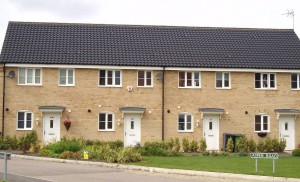 House builders will be required to demonstrate, before planning approval is given, that the homes they are proposing to build will be at least a 20% cheaper than comparable houses in order to qualify for the discounted land and tax exemptions. That could mean that at the outset, the homes would have a price set before planning and could perhaps discourage house builders from land banking these sites. Brownfield land can be notoriously costly to develop. Previous industrial and commercial sites are often contaminated and the demolition and  clean up of toxins can be as time-consuming as it is expensive. Factor in that it will also be necessary to bring in clean topsoil and that costly foundation designs may also be required, it is not surprising that the house builder’s preference is always going to be Greenfield land.

The new Help to Buy extension, which is already being referred to as “Help to Buy 3” will be formally announced by David Cameron during the Conservatives’ last party conference before the General Election in May 2015.

Cameron will say: “We want to help more young people achieve the dream of home ownership so today I can pledge we will build 100,000 homes for young, first-time buyers who are able to put down a 5% deposit. We will make these starter homes 20% cheaper by exempting them from a raft of taxes and by using brownfield land. I don’t want to see young people locked out of home ownership. We’ve already started to tackle the problem with Help to Buy mortgages – and these new plans will help tens of thousands more people to buy their first home.”

But this is little more than a cynical attempt to win votes not only from young people wanting to buy their first home, but also parents and grandparents who are concerned about their families’ prospects. If Cameron is worried about foreigners, why is the Help to Buy equity loan available to non-residents buying a new build home? Quite how rules will be introduced to prevent “flipping” – something all expenses fiddling MPs know about – is also another issue. People’s circumstances can and do change quickly. Those buying these discounted new homes may find they are prevented from selling within a certain time period and Cameron has already stated that they will not be allowed to rent out these homes.

Shadow housing minister Emma Reynolds said David Cameron……. “had presided over the lowest level of house building in peacetime since the 1920s. After four and a half years he now tells us that he is going to deliver for first-time buyers but under his government a record one in four young people are living at home with their parents and young people across the country are priced out of home ownership.”

The Help to Buy equity loan scheme was introduced in April 2013 which was supposedly aimed to help people get on the housing ladder by offering buyers with a 5% deposit, a 20% Government equity loan to buy a new home. It was due to expire in 2016 and has been extended until 2020. According to the latest figures, the Housing and Planning Minister Brandon Lewis says almost 53,000 homes have been bought in England using Help to Buy. The new figures show how the scheme is getting more homes built in England, with over 37,600 new homes bought using the equity loan and NewBuy options and a further 15,000 via the mortgage guarantee. It is believed that almost 80% of these sales have gone to first-time buyers, with nearly 70% being for new homes. However, the statistics do not refer to the fact that house builders have increased their average selling prices by 20% or more since Help to Buy became available, wiping out all of any “Help” it may have given first-time buyers, whilst simultaneously more than doubling house builders’  profits.

Stewart Baseley, executive chairman of the Home Builders Federation (HBF) said:   “Increasing housing supply is a huge and complex challenge and significant constraints remain. Enabling more first-time buyers to realise their ambition of home ownership and introducing policies that allow more land to come forward and increase house building would clearly be positive. The industry is keen to work with government to develop any policies that would allow the country to build more high quality homes in the right places.”

If the government really wanted to “Help” he could abolish stamp duty for first-time buyers. But given that stamp duty is up 71% adjusted for inflation since January 2013, this would wound the golden-goose property tax that just keeps on giving! If the stamp duty thresholds were raised to reflect rising house prices, more people may decide to move increasing supply, which in turn would limit any further price rises.

The 20% discount on the new properties will just result in the market simply resetting to another level 20% higher. It is unlikely to help anyone other than those that are building and selling these homes! Considering the policy is intended to help young people buy their first home, there are more questions than answers. This is the politics of madness, little more than a headline grabbing opportunity for a government so desperate it will say anything to get re elected. It will mean exactly what Cameron is looking for, further increases in house prices to the election next May?

Let’s face it, the house builders will add the 20% on before taking it off again. It would be much better to charge the full price for the land and force builders to pay all the taxes and just hand the 20% to mortgage lenders at legal completion or drip feed the “discount” directly to buyers over a 10-year period. As it currently stands, the scheme will hand all the control to house builders who will manipulate the scheme to further boost their profits.

One thing that is sure not to be included in Cameron’s speech are requirements placed on house builders to force them to improve the quality of new homes and minimum space standards in return for all the taxpayer-funded help the house building industry has received during this parlaiment.  Why are the Conservatives so single minded and eager to help privately-owned plc house builders?