Home » Stamp Duty is not a fair tax but have Scotland got it right?

Stamp Duty is not a fair tax but have Scotland got it right?

Posted on 15/10/2014 by New Home Expert | Comments Off on Stamp Duty is not a fair tax but have Scotland got it right? 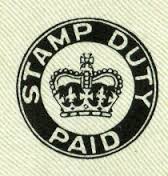 There are few who could argue that stamp duty land tax is as unfair as it is unpopular and well past its ‘reform by’ date!    With the current thresholds and the excessive tax incurred, it is hardly surprising that more and more people are staying put.  A report in The Times highlighted that in the 1980’s, around 12% of all houses changed ownership every year.   Last year the figure was just 4%.

There have long been calls for stamp duty to be made marginal, the same as income tax, so that the percentage paid relates to the amount above each particular threshold, rather than on the whole amount.

This is precisely what Scotland are introducing from April 2015 with their Land and Building Transaction Tax announced last week.

This contrasts with the situation in the rest of the UK, where the stamp duty threshold percentage is charged on the total selling price. So which system is better? On the face of it you would think the Scottish property tax is. But it soon creeps above the UK Stamp Duty due on homes over £325,000 and even stays higher as the UK percentage is increased as each UK price threshold is reached too!

If UK stamp duty is left unchanged; it is expected that the revenue raised by stamp duty will triple by 2020 to £14billion a year. Currently, the average rate of stamp duty paid by homebuyers nationally is 2.21% for each transaction. This average is expected to be 2.88% by 2019. In 2012-2013, residential stamp duty generated £4.9 billion for the Treasury.

If the Scottish system is adopted it could be even more.  Be careful what you wish for!

This entry was posted in Buying and selling property and tagged house prices, stamp duty. Bookmark the permalink.