This week five national plc house builder’s reported record profit rises as they cash in on the state sponsored Help to Buy feeding frenzy. According to recent figures from the DCLG , 89% of the Help to Buy loans have gone to first-time buyers since the scheme began in April 2013. With an apparently never ending stream of undiscerning, naive first timers flocking to builder’s sales offices, buying whatever is available, what incentive do house builders have to improve quality of the homes they build? 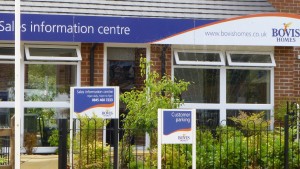 You also have to question why the government is currently advertising it’s Help to Buy scheme on national television, when the figures released by these major national builders during this week demonstrate that this advertising is totally unnecessary.

Greed is good and greed is back, as both builder CEOs and their shareholders receive payouts from the excessive profits generated from the government’s Help to Buy subsidy.   New Home Blog saw this coming!

Here we go again: “Profitability, Cash generation, Completions, Average selling prices, Earnings per share, Land banking, Trading outlook”  yada-yada!     The only house builder to make any meaningful statement regarding a commitment to improving quality and customer service was Barratt, with reference to their consistent HBF  “customer satisfaction” 5-Star rating and their record 102 NHBC quality awards in 2013.

First up this week was Bovis on Monday, reporting a 46% increase in their profits before tax.   The following day Persimmon continued the trend also reporting that their profit before tax had risen by 49% on the previous year. They also announced they had revised their shareholder £228million ‘capital return plan.’    Taylor Wimpey’s year-end results released on Wednesday, indicated yet another increase in pre tax profit – up 47.6%, they too also announced a special dividend, returning £250million of cash to shareholders by the end of 2015. These three builders built 26,037 homes between them in 2013, with 6,003 being sold using the Help to Buy equity scheme – averaging 23% of total sales.

Yesterday Barratt and Redrow released their half-year reports. The Help to Buy scheme was available throughout the whole 6-month period and this is reflected in the results. Barratt posted a 162% rise in pre tax profits with Redrow’s first half profits rising 107% in the six months to 31 December 2013. Barratt also confirmed it would pay out around a third of earnings in dividends over the three years to 2016.

These results did not come as much of a surprise to the City, with Shore Capital commenting:    “Easing credit conditions, rising consumer confidence and Help to Buy have underpinned the strongest trading conditions for the sector since the downturn.”   Of course these conditions have nothing to do with the people running these companies.  But nevertheless it hasn’t stopped  CEO’s cashing in. At Taylor Wimpey, where shares have trebled since 2011, CEO Pete Redfern will be handed around £4.5m worth of stock in April.   Whilst at Persimmon, even former CEO Mike Farley, will get a £2.95million pay out. These are just two examples of builder’s CEOs cashing in, receiving huge bonuses after government generated subsidies helped their companies to achieve record profit increases. Not so much Help to Buy – more like “Help to Profit” Perhaps a letter, thanking the hardworking British taxpayer would be in order!

George Osborne has been proved wrong. So how long can George Osborne ignore the government-created house price bubble and the excessive profits being created at Britain’s major house builders. It must now be time to end his open-wallet policy of tax-payer funded subsidies for the house building industry and reconsider a windfall tax levy on these excessive profits. Further justification comes from the Nationwide house price index, stating prices rose 8.8% in January from a year earlier. Most of the house builders reporting, have increased their average selling price by 14% over the same period, almost DOUBLE the rate of older homes.

Builders are still land-banking – holding on to land with planning consent waiting for further prices rises. Most builders reported adding to their total holding, some now have over seven years supply, even at today’s higher rate of production.