“We were promised a White Paper, but we have been presented with a white flag – feeble beyond belief”.. said John Healey shadow minister of state for housing. Others commented it was a “predictably damp squib” and a “missed opportunity.” Even Redrow said it was “disappointing” with chief executive John Tutte saying the housing white paper was very light on details and he was surprised it was “more of a consultative document.”  This is hardly surprising as the stench of the Home Builders Federation (HBF) was all over this housing white paper, an example being the caving into pressure from the likes John Tutte regarding newts “delaying” new home building.

Britain needed ‘Donald Trump’ style action and got a Donald Duck builders’ puppet. “Hard-hitting” proposals were watered down to Westminster’s famous thin gruel, generally becoming ideas for consultation, subjects for further discussion and situations to monitor. This 104 page housing white paper is little more than a plan for more talking and a missed opportunity for decisive, positive action.

On Tuesday DCLG secretary Sajid Javid declared that Britain’s housing market was indeed broken. With the average home costing eight-times average earnings and a total of 2.2 million working households with below-average incomes, spending a third or more of their disposable income on housing, it’s hard to disagree! Mr Javid claimed his housing white paper will provide “radical lasting reform” to fix it. 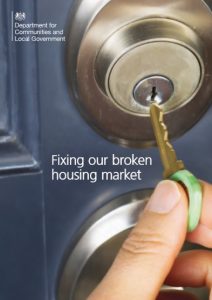 The whole mistaken premise of this housing white paper is to “build more homes to slow the rise in housing costs. We need to build many more houses, of the type people want to live in, in the places they want to live.”  How many times did we hear that one?  Yet it is that very demand, fuelled by ultra-low interest rates and government subsidy, that further stimulated demand, exceeding supply with the resultant increase in prices. This is what markets do. Rising housing costs are systematic of years of political economic interference and meddling. If prices are unaffordable, measures put in place that subsidise housing will only serve to enable price increases to continue. Think housing benefit, low interest rates, help to buy, quantitative easing. All of these contributed significantly to Mr Javid’s “broken housing market” and his housing white paper won’t be fixing it anytime soon.

What was needed was an honest admission from Mr Javid that the private market alone will not build the 250,000 new homes each year needed to meet the government’s target of one million new homes by 2020. Loosening the planning system even further and helping smaller builders will not alter the fact that out of the 270,000 homes that are approved through the planning process each year, less than half are actually built. In fact I would go further and suggest even if planning was no longer required at all, Britain would still have a housing crisis! Since the 1970’s, Britain has added on average just 160,000 new homes a year, well below the 250,000 “target”.

Thirteen years ago Dame Kate Barker, now an independent non-executive director at Taylor Wimpey, warned of the crisis to come with the first large-scale report into the shortfall of housing provision. At the time she said 245,000 homes a year would be required to keep house price inflation at 1.1%, but average house prices have risen 50% since then. The Lyons review in 2014 revealed a shortfall of 1 million homes.

Landbanking is a reality, not a myth!

Measures to ban letting fees, longer term tenancies and the ‘use it or lose it’ landbank compulsory purchase are not new ideas, they all came from Ed Miliband in 2013!  From the housing white paper:

“there is also concern that it may be in the interest of speculators and developers to snap up land for housing and then sit back for a while as prices continue to rise. We propose to encourage more active use of compulsory purchase powers to promote development on stalled sites for housing.” But it’s “under review” and “representations are welcomed.”

No wonder shares in Britain’s listed housebuilders rallied as few believe this housing white paper will make any big difference.

Most disappointingly of all, was the total absence of any measures to tackle the dire quality of the new homes that are actually being built. It is pointless having a plan to build even more new homes if new homes are soon demolished because quality standards were so poor. 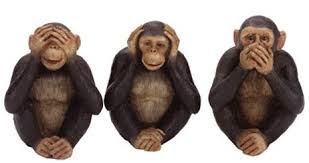 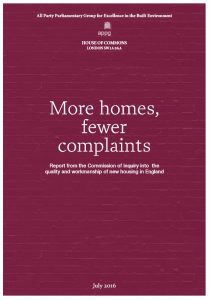 The word “quality” was mentioned 42 times in the housing white paper, but only once regarding actual build-quality. This government seems content to ignore growing calls to appoint a New Homes Ombudsman  which would have powers to hold housebuilders to account and award justifiable compensation to beleaguered new homebuyers. Whilst the housing white paper did acknowledge the existence of the APPG for Excellence in the Built Environment (2016) “More Homes, fewer complaints”  – report from the Commission of Inquiry into the quality and workmanship of new housing in England, it only said it would:

“keep requirements under review, to ensure that they remain fit for purpose and meet future needs. This includes looking at further opportunities for simplification and rationalisation while maintaining standards.”

In December last year, the housing minister Gavin Barwell said:
“The Government will be considering the recommendations in the report in developing future policy on new homes”

There will be more on the main points of the housing white paper such as it is, to follow. Watch this space!