Fitting carbon monoxide alarms in new homes should be mandatory

The fitting of carbon monoxide alarms in new homes should be a mandatory requirement of the Building Regulations in England and Wales.  It may come as a surprise to learn that every year over 4,000 people are admitted to hospital with carbon monoxide poisoning that could lead to brain damage and strokes – with 40 fatalities recorded in England and Wales. One in nine British homes have boilers classified as unsafe.

You can’t see it, you can’t smell it. Carbon Monoxide – the new home defect that kills!

In Scotland and Northern Ireland, the equivalent to the building regulations, requires a BS EN 50291 kite-marked carbon monoxide alarm to be fitted when any new or replacement fuel appliance is installed (except cookers). This covers any fuel burning appliance, including those that burn gas, oil, coal and wood. The alarms must be fitted in any room with the appliance or if it is an enclosed boiler, just outside the enclosure and any room that has a flue running through it. Alarms can be mains or battery powered but if the alarm is battery powered then the battery should last for the life of the alarm.

No requirement in England and Wales:
But the Building Regulations for England and Wales, Approved Document J, only require carbon monoxide alarms to be fitted when any new or replacement solid-fuel appliance is installed. Examples of solid fuel burning appliances being wood burners, open fires etc. There is also additional legislation requiring a carbon monoxide alarms to be fitted in all rented residential accommodation with gas appliances, but not in owner-occupied homes.

Following on from my article Is your new home killing you? about instances of carbon monoxide poisoning in newly built homes leaking from gas boilers, I asked the NHBC – given the industry’s chequered history of carbon monoxide leaking from gas boilers/boiler flues installed in the homes under its warranty – if it thought that a carbon monoxide alarm should be fitted in every new home with a gas appliance? If so, why hasn’t the NHBC included this as a requirement in the latest 2017 Warranty Standards?  I was quite shocked by the reply:

“Thank you for your email to our Chairman; she has asked me to respond. As you may be aware, issues of health and safety are dealt with through statutory Building Regulations, which are set by government. Approved Document J ‘Combustion appliances and fuel storage systems’ does ask for a carbon dioxide alarm to be provided where a solid fuel appliance is located but there is currently no similar requirement in the case of gas appliances.

I would therefore suggest that you may wish address your enquiry to government department responsible for Building Regulations – the Department for Communities and Local Government.

The Head of Technical Policy at the Building Regulation and Standards Division is Richard Harral and his email address is: richard.harral@communities.gsi.gov.uk.”

So I duly contacted Mr Harral at the DCLG on 1st February and received his reply, 12 days later, confirming that he had “passed this on to the policy lead who oversees Building Regulations requirements for Carbon Monoxide alarms. He will provide a response in due course.” Mr Harral also pointed out that “responsibility for Building Regulations in Wales is now the responsibility of the Welsh Government.”

I had previously e mailed communities secretary Sajid Javid and housing minister Gavin Barwell regarding ongoing instances of dangerous gas boilers in new homes. This was the response from the DCLG:

“Thank you for your email of 17 January 2017 to Sajid Javid and Gavin Barwell, raising concerns about the quality of new homes. I have been asked to reply on their behalf.

In relation to the concerns you have raised about dangerous boilers. All heat producing gas appliances and their flues must be installed by installers registered with Gas Safe Register, a statutory registration scheme under the Gas Safety (Installation and Use) Regulations 1998. The enforcing authority for these regulations is the Health and Safety Executive and complaints about installations that are considered unsafe should be made to it.

There is a requirement that the installation of gas appliances be self-certified as compliant. However, these certificates are evidence, but not conclusive evidence, of compliance. This means that building control bodies could take formal enforcement action where work was found not to comply despite a self-certificate having been given. It also means that the building owner would be able to make a claim in the civil courts.”

So basically no requirement is considered necessary by the standards setting authorities or the government. Furthermore, formal enforcement action is not required and would not be taken by anyone, until it became known a boiler was leaking carbon monoxide, by which time it could be fatal and too late. Quiet how the “building owner would be able to make a claim in the civil courts”  I don’t know, they could be dead!

Although not a new-build home, 31 year-old Katie Haines was killed by carbon monoxide in her cottage shortly after returning from her honeymoon in February 2010. The Katie Haines Memorial Trust, set up a petition to lobby the Government to make CO alarms compulsory across the UK, in a similar way to smoke alarms.  It closed on 30 March 2015 and attracted 5,321 signatures, not enough to trigger the government into action.

Her mother said at the time:
“Two young men died in Northern Ireland the same year as Katie and legislation both on council and government level has been pushed through quickly. We feel that we should have the same duty of care in England and Wales.” 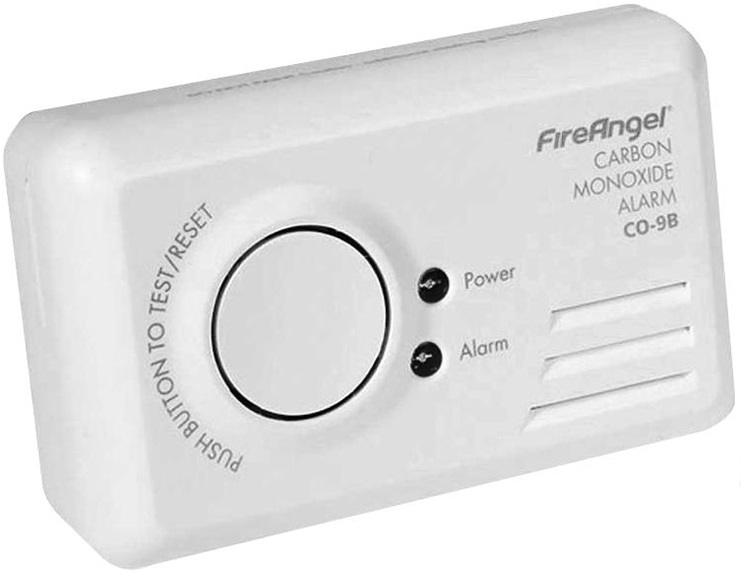 But seven years later, there is still no legislation in England and Wales for mandatory fitting of carbon monoxide alarms in new homes where gas appliances are installed, yet there is in Northern Ireland and Scotland!

Persimmon homes said:
“It has been Persimmon Homes’ group policy since September 2012 to fit a carbon monoxide detector/alarm to all properties with a gas fired appliance of any type. Current models include the CO-9BT or similar approved models.” 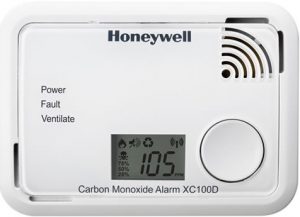 “Thank you for your email, the contents of which are noted and which relates to a matter which we take very seriously.

We are aware of the tragedy that you refer to in your email, which took place at the Barratt Bedfont Lakes development in 2008.

Following a detailed review that we undertook in and around 2011, since 2012 (when we also commenced the phasing out the use of extended gas flues) we have required all of our business units to fit CO monitors in all homes with gas appliances. Our policy is to fit CO monitors in all rooms where a gas appliance is fitted – in some homes, this could involve the fitting of multiple monitors including in rooms with a gas boiler, gas hob or gas fire/s. There is further instruction issued on how that is done, and the positions of the monitors is shown on the house type drawings and customer drawings which the sales executive will run through with our customers.

Please find attached an information leaflet on the Honeywell XC100, which is the monitor that we currently fit. In 2012, we also undertook an exercise of raising the profile of the risks of CO to both customers and homeowners and this included making available free CO monitors retrospectively.”

Barratt confirmed bluntly:
“Yes, we fit CO detectors to all houses and apartments which have a gas boiler.”

But do they? I asked new home buyers in the Unhappy New Home Buyers Facebook Group if they had Carbon Monoxide alarms fitted in homes built by these builders:

Two Barratt new homebuyers responded, one said they had, the other said : “when we moved in in June 2011, we didn’t have one even though it was listed on the specification. It took the Customer Services Manager multiple attempts to deliver one….. we now have a couple of spare central heating control units which he delivered by mistake…”

The few Taylor Wimpey buyers who did respond, all confirmed they had a CO alarms fitted. 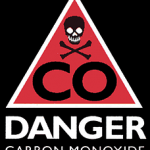 The Persimmon homebuyers that responded, overwhelmingly that demonstrated that many Persimmon homes would appear not to have CO alarms fitted, despite the company confirming it was “group policy since September 2012 to fit a carbon monoxide detector/alarm to all properties with a gas fired appliance of any type.”

All twelve Persimmon buyers who responded, confirmed they didn’t have a carbon monoxide alarm fitted: six bought in 2015, two in 2014, two in 2013 and one in 2012. Another buyer said his whole street haven’t a CO alarm fitted!

When I notified Persimmon of this they said:
“If you can supply me with the names, addresses and phone numbers of each of the people I’ll gladly get in touch with them.”

It should also be noted that these are battery sealed-for-life CO alarms and need to be replaced every 7 to 10 years.