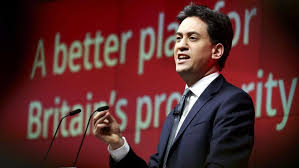 Ed Milband announced this week, that if Labour triumph in next weeks’ election, he will abolish stamp duty for three years to help first time buyers buying homes costing up to £300,000. At this level, the maximum saving in stamp duty land tax will be £5,000. It is being claimed that 90% of first time buyers will benefit.

But you read it here first!
On 20 March after the Conservatives announced their Help to Buy ISA in the Budget speech, I suggested it would be fairer, easier to implement and more help right now, to abolish stamp duty on all first time buyer homes up to £260,000. I also called for an end to the lucrative tax breaks enjoyed by Buy to Let landlords such as ending tax relief on mortgage interest to facilitate a flood of properties to the market, the very properties usually bought by first-timers.

Whilst welcome, and a much better and effective measure than the Conservatives’ own election bribe for first time buyers – the ill-thought out Help to Buy ISA (Bisa), it will also not make homes more affordable. When stamp duty was abolished in March 210 on homes up to £250,000, treasury analysts discovered that it actually facilitated a 0.7% increase in house prices.

In his speech in Stockton on Monday, Mr Miliband said:     “There’s nothing more British than the dream of home-ownership, starting out in a place of your own. But for so many young people today that dream is fading with more people than ever renting when they want to buy, new properties being snapped up before local people get a look-in, young families wondering if this country will ever work for them. That is the condition of Britain today, a modern housing crisis which only a Labour government will tackle.”

The £225million forecast cost of this latest pre-election housing give away – which I could not find anywhere in the Labour manifesto – will be funded by a crackdown on tax relief enjoyed by landlords, who fail to maintain their properties and increasing tax paid by holding companies that buy UK property on behalf of investors. HMRC figures that estimate landlord tax avoidance costs the treasury around £550 million a year.

The Conservatives claim it will cost nearer £500million if implemented. Chancellor George Osborne dismissed Ed Miliband’s stamp duty pledge as a ‘complete gimmick’. It is alleged that the average purchase price for a first time buyer outside London is £137,120 – according to the Halifax. Following the new stamp duty reforms introduced by the Conservative coalition last December, the stamp duty due from buyers at this level would be just £242.

The only way to help people buy a home is to limit credit availability so that prices are forced down and debt reduced in a society that is addicted to it.

This entry was posted in Buying and selling property and tagged buying, landlord, stamp duty. Bookmark the permalink.