Help to Buy ISA for first-time buyers in 2015 Budget 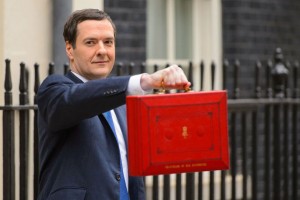 Designed as a cynical piece of electioneering, the Chancellor announces the Help to Buy ISA in his Budget speech. Like most knee-jerk policies, this was intended to attract the maximum amount of media coverage whilst the benefits to first-time buyers will be minimal. As Merryn Somerset-Webb sees it in MoneyWeek: “Handing over free money to compensate for rising house prices” in an “attempt to buy the votes of the young rather than actually help them”  – I could not have put it better.

The new Help to Buy ISA accounts (‘Bisa’) are expected to be available from Autumn 2015 until 2019, but once an account is opened there is no limit on how you long you can save for. Under the rules, buyers will be able to pay in an initial £1,000 and then save up to £200 per month. As with existing ISAs, any returns will be free of tax but in addition, for every £200 saved, taxpayers will contribute a further £50, up to a maximum bonus of £3,000 on £12,000 saved. The government 25% contribution bonus only becomes payable when the funds are used to buy a property. 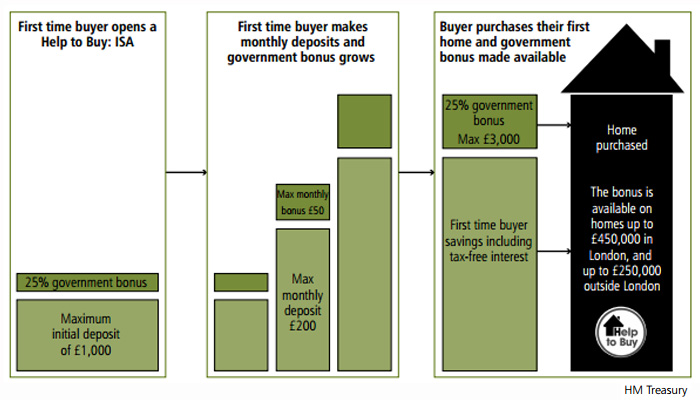 The ‘Bisa’ accounts will be limited to one per person rather than one per home, meaning first-time buyers saving for a deposit for a home will both receive a bonus. So a couple saving towards a first home together could benefit from a potential bonus of up to £6,000 as both savers would be eligible for a £3,000 bonus. The bonus will apply to both the amount a person saves into their Help to Buy ISA and the interest that has built up during the period the account is open. The bonus will be limited to first-time buyers’ home purchases up to £450,000 in London and up to £250,000 outside London. Help to Buy ISAs will only be available to those aged 16 and over.

It would take first-time buyers over 4 years to save their maximum contribution. It is highly likely that interest rates on the new Bisas will match those of existing cash ISAs. Whilst the ‘Big Home Saver ISA’ from Newcastle Building Society paid 2.57% (including a 1% bonus) before it was sold out, current ISAs only pay around 1.5%. At this rate, the total interest accrued on the account could be a paltry £337 after 4 years.

According to recent figures from the Council of Mortgage lenders, 52% of homes bought by first-time buyers last year were only made possible with help from the “Bank of Mum and Dad.” This is likely to continue with parents and grandparents making payments into their children’s Help to Buy ISAs.

What about house prices?

Whilst not discounting the possibility that house prices could fall, according to Nationwide’s House Price Index, prices have risen 26% in the last five years. If prices increased at same rate over the next four years, the maximum deposit saved in the ISA would then equate to around 7% of the national average house price. Even now, this would only cover 3.3% deposit on the maximum allowed to buy a £450,000 home in London.

This could be achieved by forcing house builders to build more new homes by requiring builders to limit their landbanks to four years’ supply and taxing their landbanking gains, incentivising builders to profit by building more homes, not from their land speculation activities. Perhaps it is also time to end lucrative tax breaks to Buy to Let landlords by ending tax relief on mortgage interest. This should result in a flood of properties to the market, the very properties usually bought by first-timers.

If the coalition really wanted to help first-time buyers, why not abolish Stamp Duty on all first-time purchases under £260,000. True, it would not have received quite the media coverage, but Stamp Duty due on the maximum £250,000 home is £2,500 – just £500 less than the maximum government ISA contribution. So first-time buyers will be giving most of the bonus back anyway. Some “Help” Mr Osborne!

The new Help to Buy ISA will no doubt further boost the record profits already being generated by house builders. The 25% government bonus to first-time buyer’s deposits is likely to stimulate further demand in the market and sparked a rise in house builder’s shares following the announcement. However, it does not deal with the current housing shortage or the lack of supply of suitable affordable housing. The government boost could result in higher demand that will ultimately lead to higher house prices. At least the George Osborne skilfully steered a course away from any wider reforms in planning policy, despite lobbying by the HBF in the run up to the Budget.

This entry was posted in New Homes and tagged help to buy, house prices, mortgages, stamp duty. Bookmark the permalink.