Posted on 11/06/2014 by New Home Expert | Comments Off on Housing minister Kris Hopkins, looking after house builder’s interests regarding Help to Buy

Following our articles on New Home Blog regarding house builders profiteering from the Help to Buy equity loan scheme and the government wasting taxpayer’s money advertising it on television, this letter was received from Housing Minister, Kris Hopkins, (on behalf of George Osborne) in response to the points raised.

It was 11 weeks before Mr Hopkins even responded. His statements are misleading and do not answer the arguments in our articles.

He says: “We are advertising [Help to Buy] to make as many people as possible aware of the opportunity” 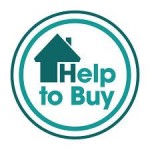 In response, there cannot be a single person in the UK who has not heard of Help to Buy.  In fact anyone considering buying a new home would have the scheme rammed home by house builder’s sales advisors and mortgage brokers.  There was absolutely no need to advertise Help to Buy on television,  wasting taxpayers money at a time of so-called “austerity.”  It is actually advertsing new build homes.

As for Help to Buy being an “opportunity” this is questionable, as the market is overheating.  Those buying 80% of a new home could well find that in a few years time, they have over-stretched themselves and may even suffer negative equity, especially when the scheme has enabled house builders to increase their average selling prices by around 20%!

He says:  “The Help to Buy scheme is enabling hard working families to access finance to buy a home”

What exactly is the “hard working” family that we are hearing so much about? People who work two jobs?  People who work long hours?  People who work physically hard like scaffolders and miners?  Or are they, as is probably the case, the vast majority of people who do a days work but do not actually get paid a fair wage in return  struggling in the face of higher taxation and rising  grocery, energy and fuel bills – all caused by government policy diluting the real value of our currency.  If the government truly wanted to “help” struggling “hard working” first-time buyers, why not abolish stamp duty land tax rather than subsidise house builders and hand taxpayer’s money to their shareholders?

Surprisingly,  “hard working” new home buyers from overseas can also take advantage of the UK government’s “generosity”.   There are no explicit rules or a requirement of citizenship or residency of those benefiting from loans under Help to Buy, although the schemes cannot be used for the purchase of second homes or for buy-to-let purposes. But how would anyone find out if an overseas buyer also owned a home in their own country and using the Help to Buy scheme as a way to reduce property speculation an investment costs?

He says: it gives “Certainty to house builders”

This is the same line trotted out by various plc house builder CEOs and their lobby group the  Home Builders Federation (HBF) whenever the Help to Buy scheme is called into question.  They still believe that Help to Buy can do no wrong – we’ll see!

He says: “House building has increased 23% since last year.”

This is not unexpected, given the low base starting point after the previous, low cost, credit-fuelled property bubble.   House builders are throwing up as many new homes as they can to make the most of the subsidies while they can.  Put food in front of a pig and it will eat more!

He says: given the increase in house building “It is not surprising that house builders profits have also increased.”

But not by a corresponding percentage Mr Hopkins! Most of the plc house builders have already reported increases in profits of around 50% in their most recent annual reports.  This is not even reflected for a full year of Help to Buy.  Redrow profits are up 107%,  Barratt reported profits up 162%.  In addition, house builders are all reporting increases of 14%-17% in their average selling prices, way above increases in the general market, hence the profit.  You charge more when your customers can pay less, with the taxpayer picking up the difference!   Charging more equals more profit!

He says: “Around 1200 builders have signed up to deliver this scheme, and over 90% are small to medium-sized builders.”

He says: “We do not agree that help to Buy scheme is creating a bubble”

George Osborne agrees, but has been distancing himself from possible fall-out lately, saying the BoE has all the tools to prevent a house price bubble.  Obviously Mark Carney the Governor of the Bank of England disagrees as does Christine Lagarde at the IMF who urged the UK Government to rethink Help to Buy last Friday.    But hey, what do they know?   Kris says it’s all OK!

He says:  “There is no evidence of widespread land banking of land with planning permission by the major house builders”

Try looking harder!  Taylor Wimpey CEO Peter Redfern stated in a blog on his company’s website that they hve six years’ supply of land with planning permission.  As Taylor Wimpey has a land bank of around 65,400 plots and built 11,696 homes in the year to 31 December 2013, it would imply all of Taylor Wimpey’s land bank has planning permission but not all of it is being built on!  Even allowing for the 10,000 plots with “planning conditions yet to be satisfied”   Redfern alludes to the fact that his company has 30,000 plots ready to be built right now – half Taylor Wimpey’s land bank!   It is to be suspected that a similar situations exist with the other large house builders, why else was their such a outcry of whinging from builder CEO’s over Ed Miliband’s proposed land grab earlier this year?  Despite whatever Hopkin’s data from Glenigan or opinion from estate agent Savills might suggest!

So there we have it, 11 weeks to come up with a misleading response full of government spin  defending house builders profits yet failing to answer or even acknowledge any of the real issues, much as George Osborne’s did at the Treasury Select Committee meeting on 26 March 2013.