Redress? When will New Homes Ombudsman be operational?

Posted on 01/02/2019 by New Home Expert | Comments Off on Redress? When will New Homes Ombudsman be operational?

James Brokenshire re announces the statutory New Homes Ombudsman but when will it be operational?

Whilst housing secretary James Brokenshire has announced an “overhaul of broken housing complaints system” it is evident to me that any redress will not be implemented fast enough. When I first suggested a New Homes Ombudsman to the APPG EBE Inquiry 2nd session I attended way back in November 2015, it was well received and became the number 1 “Key” recommendation in the inquiry report, published 13th July 2016. 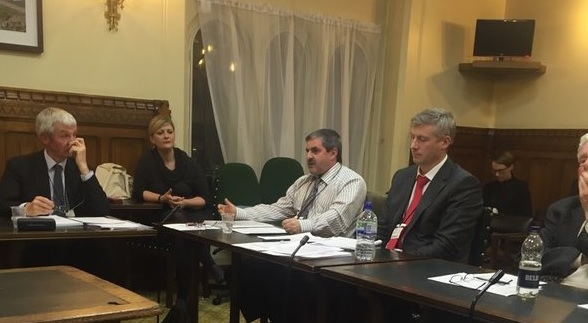 Sadly since then and until James Brokenshire’s announcement on 1st October 2018, little if anything has been done. Indeed, it can be interpreted from the government response to the Housing Redress Consultation, which took this government 283 days to publish; it is highly likely that legislation supposedly being “brought forward at the earliest possible opportunity to require all new developers to belong to the Ombudsman” will not in fact be the statutory new homes ombudsman so badly needed. It would appear, at least for the time being, that “an interim voluntary service will be established requiring developers of new build homes to participate”  is favoured by government. 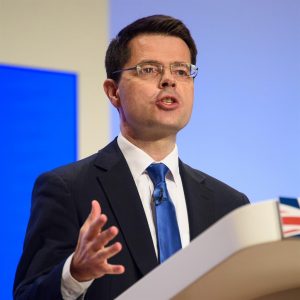 More worryingly, the government has indicated that “developers will also have to belong to the new body by 2021 if they wish to participate in the government’s Help to Buy scheme”. This suggests the non-mandatory ‘voluntary’ new homes ombudsman will still be in place in April 2021, indicating that legislation for the statutory new homes ombudsman may not be on the statute until after the next general election, currently due on 5th May 2022! Hardly “the earliest opportunity” Mr Brokenshire! Could this be a cynical ploy to delay legally mandated, effective redress for new homebuyers, so that the industry’s political party donations keep flowing in to fight the next election?

The government has said that it is to create a ‘Redress Reform Working Group’ with redress schemes, which will work with industry and consumers on developing the new service and the other options set out. Why is government even contemplating working with those responsible for the existing failures of an industry fraught with scandals and controversy? Will government be prepared to work with me, on behalf of UK new homebuyers, to ensure that the new homes ombudsman is created as the government good intention “to champion the interests of new homebuyers and hold developers to account” or is it going to facilitate ‘big housebuilding’ to mould and manipulate any new homes ombudsman to protect the interests of all those incestuously connected with this dirty industry, to limit its effectiveness, stifle justice for new homebuyers and maintain their current balance of power?

The government has set out its desire to see a “single Code of Practice on complaint handling across all tenures.” Hopefully this will stipulate how complaints are to be dealt with and the timescales required. However, the nature of defects in new homes vary and no single timescale will suit rectification of complaints about poor quality, defects and breaches to building regulations and warranty standards.

As I said in my submission to the APPG EBE Inquiry in January 2018 “New Homes Ombudsman – Call for Evidence” a single, separate, stand-alone, statutory new homes ombudsman is required. I am pleased the government has listened and will be legislating for exactly this, albeit eventually, and not one hidden and delayed by a new, ‘one-size-fits-all’ Housing Ombudsman which was, at the time, preferred by government despite it being more problematic, taking longer to create. It would appear that many of the inquiry report recommendations, published in June 2018,  have been taken on by government.

The New Homes Ombudsman must not be restricted to a new single, industry Code of Practice

One recommendation in particular, poses a distinct risk to the potential effectiveness of the statutory new homes ombudsman. Government has stated its intention “in the meantime” to “work with industry, warranty providers and consumers to ensure that the distinct practices for the new build sector are addressed and that these are reflected in an agreed single consumer code of practice which would be used by a New Homes Ombudsman to adjudicate against”

There are apparently currently seven consumer codes regarding new homes! “all different but sharing a general lack of obligations placed on home builders.” The Property Ombudsman said that the Codes “are written in a way to suggest that they exist to contain complaints” which indeed they do, all being set up subsequent to the Consumer Protection Regulations 2008.

But it would appear the worst recommendation of the APPG Inquiry report, the proposal for a new “industry-wide code of practice, with government, warranty providers, housebuilders and consumer groups working together, in consultation, to draw up a code that would be used by the new homes ombudsman (NHO) to adjudicate on disputes”  has been seriously considered and in particular, the industry-led, “limited in its scope”  Consumer Code for Homebuilders (CCHB) appears, unsurprisingly, to be chomping at the bit to be front and centre for drafting the new Code – adding to the “confusion”.

Not only will this give the housebuilding industry an opportunity delay the creation of any new homes ombudsman (voluntary or statutory), it will also provide the industry with a golden opportunity to influence what the new homes ombudsman can and cannot rule on, possibly shackled by the requirements of this single, industry-approved code of practice. I cannot think of any statutory ombudsman, in any sector, that can only adjudicate within the confines of a specific industry code. Statutory ombudsman such as the Financial Ombudsman Service and the Legal Ombudsman have compulsory jurisdiction over certain regulated sectors and their decisions can be enforced by a court. The statutory new homes ombudsman should be no different.

No single code could possibly cover every eventuality for new home consumer redress. It could get even worse with the Homebuilders Federation (HBF) suggesting that “a detailed set of finishing standards for an ombudsman to apply when assessing the merits of complaints and resolving disputes” no doubt along the principles the housebuilder’s existing NHBC ‘Get out of Jail Free’ card – The “Consistent Approach to Finishes” which is used to justify atrocious workmanship standards as permissible, if deemed “within tolerance”.

Government has indicated: “We will look to strengthen protection for the first two years after purchase when the majority of problems occur and minimise the variance in the levels of protection and schemes that are currently available.”  This is another let off for housebuilders. The other reason given in the APPG report is that it “mirrors the duration for the housebuilders’ liability for defects.”  However, the 2-year timescale does not bring warranty schemes under the new homes ombudsman jurisdiction, despite the APPG committee acknowledging my observation that the “The Financial Ombudsman Service (FOS) is not the best organisation to preside over technical disputes.” Hopefully the government will also look at redress for those who already own a defective new home and allow the New Homes Ombudsman to consider complaints retrospectively for the remaining duration of their 10-year warranty, to ensure that owners that reported issues that were never properly dealt with, can also seek redress. 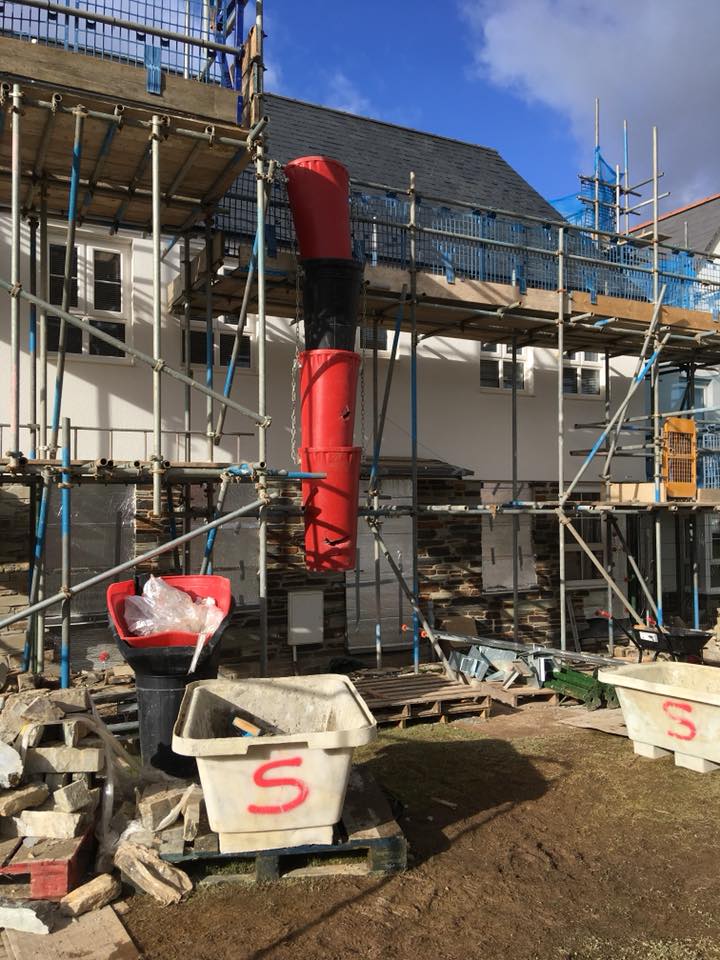 There was no mention of the APPG inquiry report recommendation requiring developers and housebuilders to buy-back new homes, those with serious problems that would require occupants to move out. In addition, whilst all those concerned recognise the need for all housebuilders to contribute via a levy, to fund the new homes ombudsman, there is no detail on this in the government’s response. My suggestion remains a levy of £100 for each new home built each year by every housebuilder and a £500 “case fee” to cover the cost of investigating each claim made against them. The government has confirmed the new homes ombudsman will be “free of charge to buyers of new build homes” unlike the CCHB!

“We propose to bring forward legislation to underpin a New Homes Ombudsman in statute and we will work with industry and consumers prior to legislation so purchasers of new build homes have access to better redress now.“

So “now” by definition is “at the present time or moment” Presumably at the time the government published the response to the consultation on 24 January 2019, better redress or a new homes ombudsman was about to start work, helping beleaguered new homebuyers get justice and their homes fixed? Perhaps this would go some way to explain why the publication of the consultation feedback and government response took 283 days! “Bring forward legislation”   – When was it originally scheduled?  What “now” is the new date?

As the government stated: “it is clear from the responses that more needs to be done to strengthen consumer redress in relation to new build homes, and to drive up standards across the industry. The need for an easy, effective and independent body for consumers to go to is evident, and supported by the industry.  We consider that the fastest way to improve redress is to work with industry and consumers to implement a better redress scheme for purchasers of new build housing as soon as possible”
But when exactly? How long will the process take? And note, this is not the new homes ombudsman but potential backsliding, enabling the industry to continue to short-change its own customers on both quality and service, whilst at the same time no doubt, using its in-house “customer satisfaction survey” “to provide data to rebut negativity”.

Oh no not another consultation!

Could this mean that a housebuilder that does not comply with the requirements of a Code of Practice will be prosecuted? So now we have a clear indication that a Statutory New Homes Ombudsman has the distinct potential to take years not months to create and legislate.

Redress with a ‘Voluntary’ Ombudsman?

“As we introduce statutory arrangements, we will work closely with industry and consumer groups to establish a voluntary new homes ombudsman ahead of legislation. We expect this ombudsman to be:
•  Free to the consumer and funded by industry;
•  Independent from the organisations the ombudsman will investigate;
•  Fair in dealing with disputes;
• Open and transparent and have public accountability through regular reporting;
•  And have effective powers to hold developers to account.

Not sure how this can come to be if it is “voluntary” (as is the ineffective CCHB) created in conjunction with the housebuilding industry. Indeed, it may even give the industry an opportunity to suggest that legislation is not necessary as it seeks to prove the voluntary new homes ombudsman has been effective.

Of one thing we can be certain, government cannot and must not, allow the housebuilding industry to make the same bodge job with a new homes ombudsman (whether voluntary or statutory) as they do with the defective new homes they build.

As it stands, the current new home redress proposals are just that, well-intentioned but lacking detail and clarity. Government must act and do so quickly. It must ensure the housebuilding industry,  building defective new homes up and down the country and causing untold misery for those that live in them,  is not given any opportunity to water down the potential effectiveness of the new homes ombudsman. Let’s make sure these bold proposals become bold actions. You can be sure I will be watching, commenting and will miss nothing. After five years campaigning, the new homes ombudsman is too close for me to allow the industry to manipulate and interfere, or an ineffective government to delay it.

Comments Off on Redress? When will New Homes Ombudsman be operational?